So it turns out that sportswear companies are really stupid. NIKE tried to release overpriced, sweat-shop-constructed Air Jordan shoes called in “da hood” in an attempt to attract inner-city shoe buyers.

It gets worse: The stupid people at Adidas wanted a piece of that action, so they decided to go head to-head stupid with Nike.

Some time ago Adidas released a SLAVE-MENTALITY-based sneaker. These stuppid shoes feature plastic shackles which are hooked to each shoe by a plastic chain. 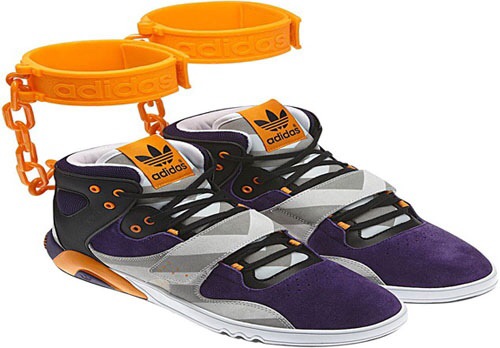 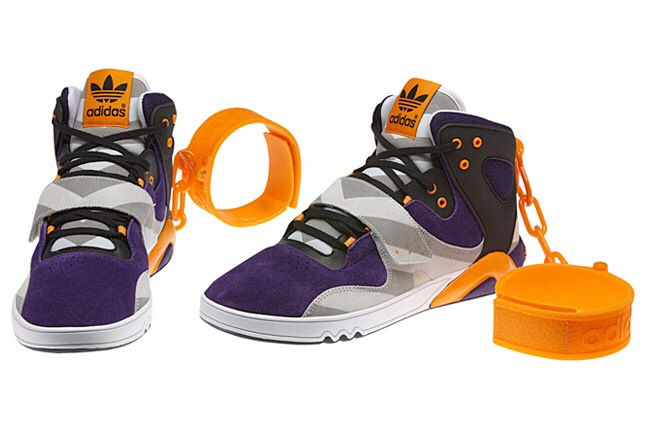 And we can further speculate that maybe it was because their marketing and product development teams concluded that inner city hip-hop kids would find them COOOL, and for a price, they would want to buy AND wear them! Uhhhhhh, thanks, but no thanks ADIDAS!

And while I’m on the subject. DID YOU KNOW that Adidas was founded in 1948 by Adolf Dassler. And you guessed it, good old Adolf was a card carrying member of the Nazi party. Source Wikipedia