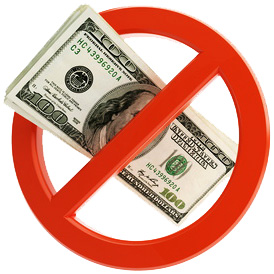 Me: Saw your post on Facebook about minimum wage laws and I had to know: Why don’t you want a raise?

Barry: Some world group federation of some kind just said they’re urging the United States to raise the minimum wage to $22 an hour!! We have cities like Seattle and San Francisco who are looking to raise it to $15!! I can tell you as a 17-year Walmart employee that Walmart would go out of business if they had to pay these outrageous wages. I don’t want to lose my job!!

Me: So, you don’t want more money?

Barry: I don’t even have a high school degree. Why do I deserve more money? It’s my fault. I got messed up with Mary Jane, got a girl pregnant when I was a teenager, and dropped out. I don’t deserve $22 an hour. Stocking shelves at Walmart isn’t worth that hourly wage. In five years, if minimum wage goes up a dollar – that’ll be fair.

Me: I’m having trouble wrapping my mind around this. Most people want more money. No matter what.

Barry: Look, it’s also like this, if I want more money it’s up to me to go out and get it. Everybody in America has the opportunity to become rich, to become a billionaire. If I want to be rich I should start my own Walmart and not have the government try to make me richer by taking money away from the rich and giving it to me when I don’t deserve it. Also, if owned my own Walmart why would I want to pay those with less initiative and education outrageous minimum wages?

Me: So why don’t you try to start your own Walmart?

Barry: Because I don’t know how! I don’t have the education! Just trying to understand how to build my first Supercenter seems impossible. I don’t even know the first step!

Barry: Have a great day.