Blind Pandhandler BUSTED For Not Being Blind

CINCINNATI, OHIO – A staple of the Cincinnati “pandhandling scene” was recently busted when a motorist snapped a photo of the “blind man” texting. 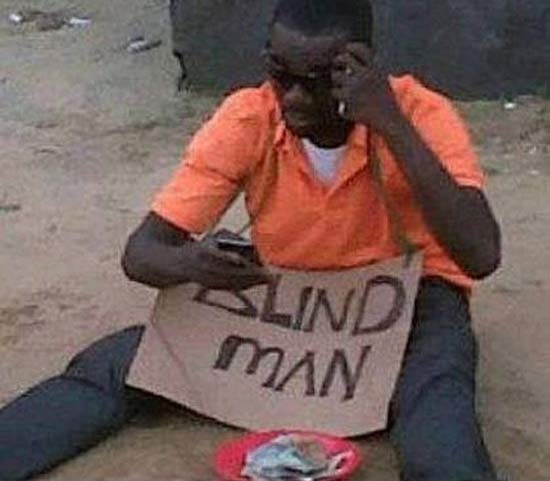 The motorist, John Avarian, said: “I’ve given him money. Everybody does. I bet you a dollar he makes two hundred dollars a day. But I started noticing him texting and decided to catch him. After I took the photo I said ‘BUSTED, ASSHOLE’ and told him to get a real job.”

According to Avarian, the pandhandler quickly dropped the phone, stuck out his hands and said, “I can’t get a job because I’m blind. Can you spare a couple bucks?”

“I’d like to go down there and beat this guy blind,” Avarian said.