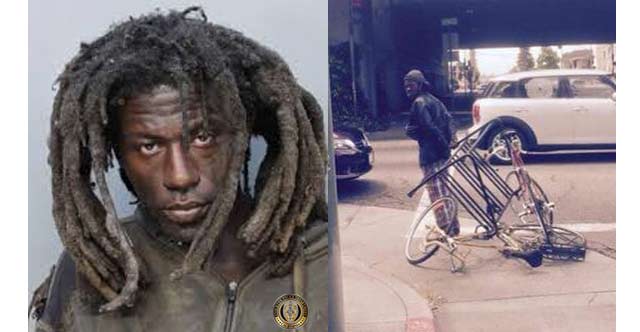 When police questioned Jones suspicious behavior, he claimed he had lost the keys to his bike chains and was taking them back to his “mansion” to blowtorch the locks off.

Police determined the bikes were stolen and arrested Jones.

Jones gave police an interesting excuse, detailed in the affidavit.

Look, I fully admits to you, I was stealing the 10 speeds, but I needed the money to bail my half-brother Jardel Williams out. He was arrested last week for stealing bikes. I couldn’t let him rot in jail.

Each bike is worth $100; however, the bike rack had a value of $1000 which led Jones to getting charged with grand theft ($1000 or more) which is punishable by up to 3 years in prison.

Jones also had a warrant for failing to appear last year on a charge of possessing illegal fireworks.