This morning a group of Haitians found what they say is a dead mermaid. 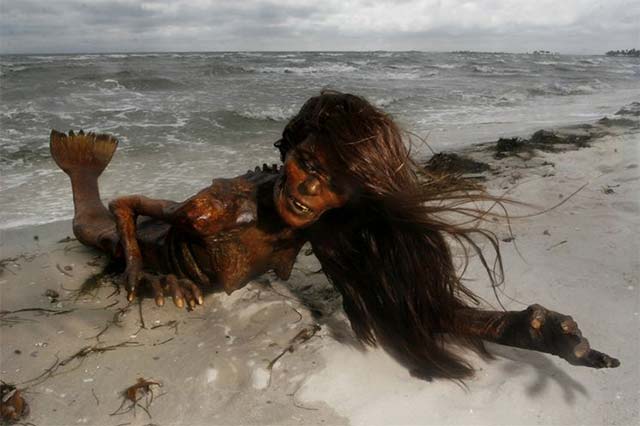 Beachcomber, Najac Raymond, his wife and two cousins saw the creature lying on its belly in seaweed and slowly approached.

“We see this creature,” Raymond said. “My wife say it a mermaid. She seen many alive ones. I don’t believe this is mermaid. Mermaids are lies, but what else could it be? It has fish tail, woman head and hair. I snap photo, now everyone see.” 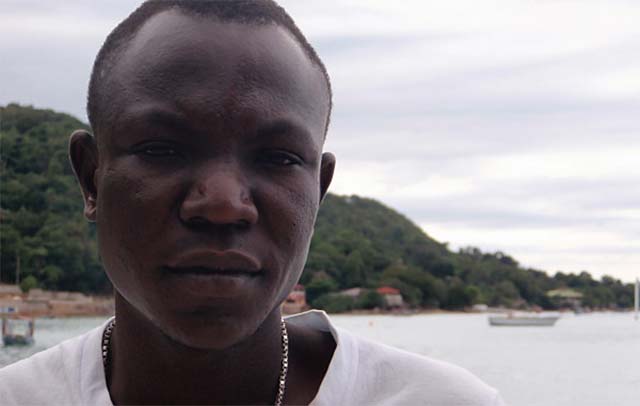 Raymond drug the dead mermaid to his village where excited villagers gathered around in awe. Many wanted to eat the human-fish believing the flesh, although decayed, would bring them good luck. Raymond protected his catch with angry yells and a machete, but finally gave in, cutting off a chunk of tail and giving it to his fellow villagers who shared the mermaid meat equally.

Afraid his mermaid would be completely eaten or stolen, Raymond strapped it to his scooter and drove to the University of Haiti where he sold his catch to fish biologist, Budry Donald.

“Mr. Raymond demanded a price for his specimen,” Professor Donald said. “I obviously didn’t have board approval so I gave him two dollars out of my wallet which he happily accepted. I can’t say this is a mermaid, but it is made of organic matter. Many Haitians are convinced that mermaids live off the coasts of Haiti. Mermaid legends have been told for centuries, but I don’t think a body has every been found, until this thing.”

Many Haitians argue no bodies exist because the people eat the mermaids for good luck.

“This all sounds silly, of course,” Donald said. “But in my lab right now I have something that looks like a woman and a fish in one. I don’t know what else to say.”

The university has made no official statement on what their plans are for the dead mermaid outside further testing and a thorough investigation of the location where it was found.

“I hope to find more dead mermaids now that I know I can make two dollars for each one I find,” Rayond said. “Maybe I catch one alive and get four dollars. That would be happy day for me.”