And what’s a rich guy to do with his excess wealth? Outside of visiting the many homes he owns around the world (including a Central Park condominium), he decided to chuck around 200 rough diamonds into Central Park’s Turtle Pond.

A rough diamond is simply a diamond that has yet to be cut and polished. 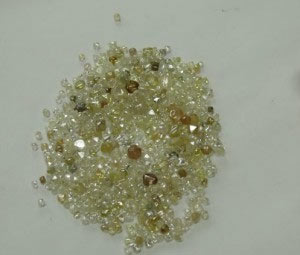 Above: Photo of rough diamonds

“I see the pond so full of muck and ugly turtles and I think I’m going to throw a few million dollars worth of diamonds in there,” Elout said. “And see if idiot Americans try to fetch them.”

Elout says he hates America with “all of his guts.” It was, after all, America who led the way to shutting down his diamond importing business in 2008.

“Puke on Americans,” Elout says. “They screw me out of money. Now I’m going to watch stinky Americans swim in this disgusting pond searching for diamonds. I want to laugh at their pitiful American desperation.”

It is illegal to enter Turtle Pond, but that may not stop some as evidenced by a recently created private Facebook group whose members plan to retrieve the diamonds.

Elout says he has paid employees around the pond at nearly all times with hidden cameras to videotape any people going into the pond and says he will hand over all footage of trespassing diamond harvesters to authorities.

“The donkey heads might get the diamonds,” Elout says. “But they’re going to pay a legal price and, hopefully, have the diamonds confiscated. I’ll be laughing my rich Russian ass off no matter what happens.”

“This is just one little way I can get revenge on America and get a good laugh,” Elout says. “I hate America. It’s a son of bitch.”