A U.K. newspaper  reports a costume manufactured by US-based BrandsOnSale is being billed as ‘the MOST VIRAL costume of the year.’ 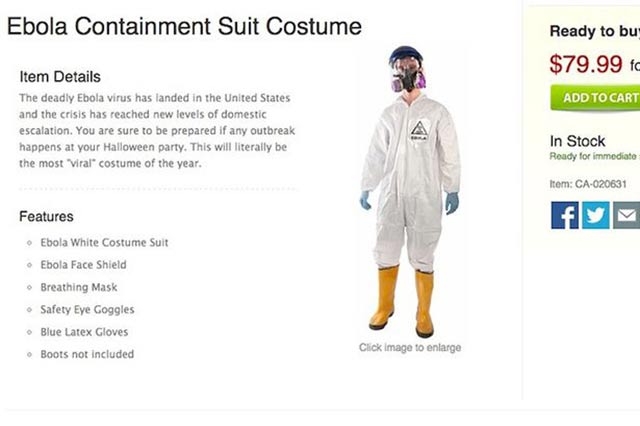 The company is quick to state that the suit, which retails for $79.99, should not be used as a real Ebola contamination suit.

“This is America,” Weeks said. “Land of the free, home of the brave and we have every right to sell any costume we want.” 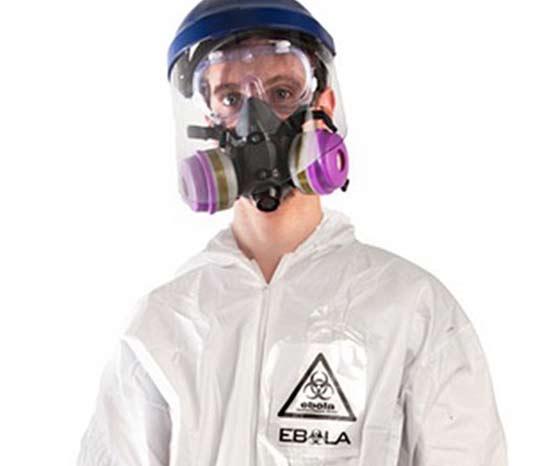 They’ve reportedly made over a dozen sales and expect more.

The site also sells a Joan Rivers wig and a Pot Leaf costume for babies.

Weeks added: “You would be so surprised what people will go through to shock their friends and we’re happy to help them. Shocking people is what Halloween is all about.”