An L.A. street artist is beginning to command absurd prices for body paintings. Much like the artist Banksy, he remains a mystery. He wears a pink mask when he works and his name is unknown. People find him by hunting for his red Toyota minivan, where he works and lives, parked around the sprawling city. 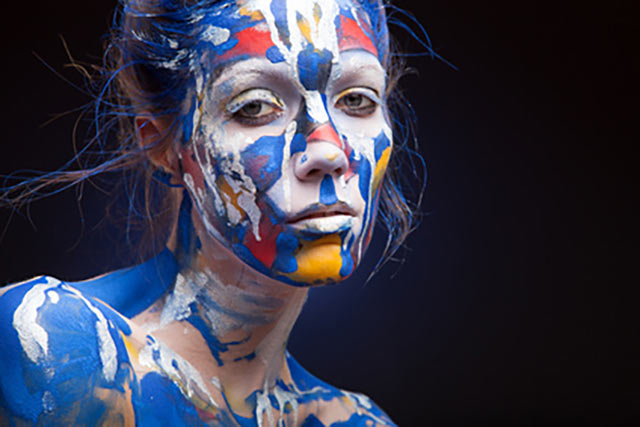 He often doesn’t answer when a potential art buyer knocks on his van. And if he does take on a client, he allows no speaking; all communication is written on a notepad. The painting is done in the cramped minivan with no observers allowed. He uses an Iphone to swipe the client’s credit card when finished. Each painting takes about twenty minutes. 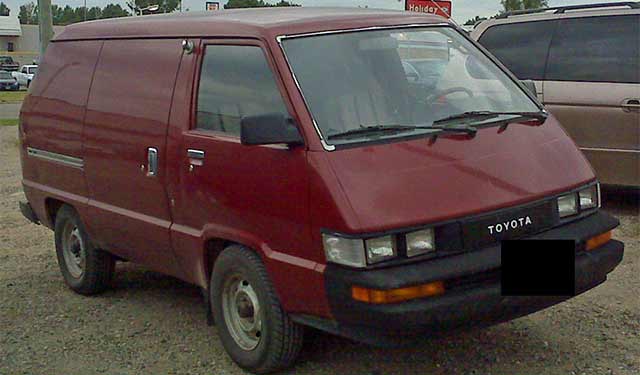 Above: The artist’s studio

Nobody knows when he began painting people or the moment he became a rising commodity, but he is becoming so in demand that prices have skyrocketed from around $400 for a body painting to now what is believed to be a record amount: $20,000.

“I said to my husband,” Rosetta Niacin told L.A. Underground. “That for my nineteenth birthday all I wanted was a body painting from the genius in the minivan. I wanted his best work and that is why we paid $20,000. His work is… is cerebral, yet animalistic. It’s sexual, yet somehow innocent. After I was painted, I felt tingly, like the hands of God hand gently run over my body. I felt a deep need to make love… to myself, which I did.”

Clients say they can preserve the body painting for about a week if, of course, they don’t shower or bathe. Most have professional photos taken to document the work.

“I believe the photo of my painted body is already worth more than I paid for the body painting. Probably $100,000. But I will never sell it. It’s too beautiful. I would rather sell my wedding ring than part with this work of genius.”