Jack Watson lost his father to fibrodysplasia ossificans progressiva last year and while he took solace that his father was “watching over him from Heaven” he soon realized he wanted his father to stop. 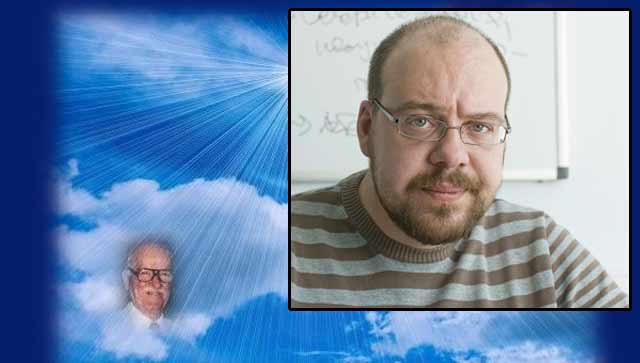 Watson, a self-proclaimed ladies’ man, claims he brings home strange women he picks up in bars three of four nights a week.

“I don’t want my dad watching me have sex with the bar whores,” Watson said. “It’s really been affecting my sexual performance lately. I can’t stop thinking about him watching. It’s gross.”

Watson talked to his minister about how to stop the problem. The minister told him his father likely doesn’t watch over that aspect of his life and to not worry about it.

“I know my Dad,” Watson said. “He loved the ladies. I know he’s totally watching me. I can feel him in the room.”

Watson said he has prayed for God to stop his father from observing his sex life, but does not feel his prayers have been answered.

“Even after praying my heart out, I can still feel my Dad’s presence above the bed watching me,” Watson said. “All the praying and begging in the world probably won’t stop him unless God intervenes, which I’m not sure he is going to do at this point.”

Watson is also worried that his father may be watching him use the bathroom.

“With my father now watching over me from Heaven, does he get full access to my life?” Watson asked. “Is he watching me go Number 2? I don’t mind him watching out for me when I’m driving, like helping me not get in wrecks or get traffic tickets, but he needs to stop watching the intimate parts of my life.”

Watson said he may totally halt his sex life until he for sure knows his father is no longer watching. Furthermore, he plans to build a wooden box over his toilet with no light inside in hopes it will stop his father from watching him use the bathroom.

“This is the most annoying problem I’ve ever had to deal with,” Watson said. “I wish I had talked to my father about this before he died. Made him promise not to watch over every aspect of my life when he got to Heaven. Maybe if I threaten to kill his poodle, which I inherited, he’ll stop. I don’t know.”