A Fayetteville, Arkansas woman was arrested on suspicion of stealing $144 worth of eye shadow on Sept. 1, police say.

She immediately denied she had taken the eye shadow, cursing loudly, “No one [f-word plus ing] saw me steal any eye shadow,” the report states. “I don’t even wear goddamn makeup!” 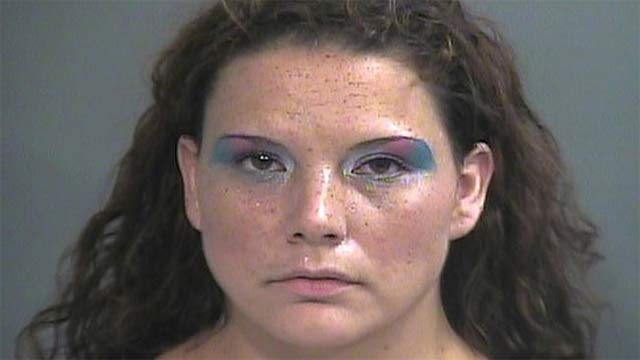 Police cuffed her while she continued to hurl profanity: “I don’t [f-word plus ing] wear makeup! Look at my face! No makeup!”

Police said it was clear she had on makeup including ‘lots of eye shadow.’

“We have security footage clearly showing her stealing makeup. But to strengthen the case we’re going to have to swab her face and do a chemical analysis to prove in court she, in fact, does wear makeup.”