Daniel Johns said he wakes up every morning to find crap all over his house — on floors, on beds, in closets, even in his shoes. At first he blamed raccoons, but after he set up a surveillance camera he discovered a ghost was the culprit. Johns saw an orb (an alleged form ghosts sometimes take) moving its bowels in his dining room. 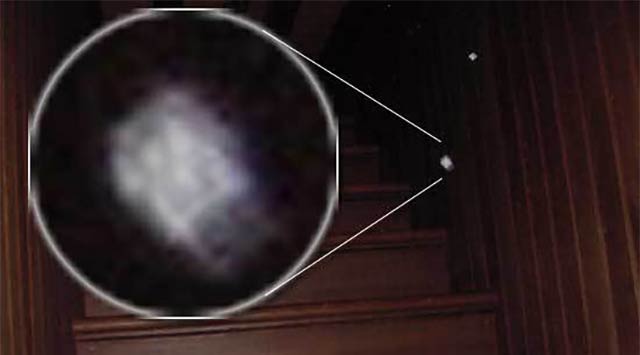 Above: Ghost in orb form

“What’s puzzling to me,” Johns said. “Is that ghosts don’t eat, so how can a ghost make poop? But this bastard’s going number 2 everywhere and it smells like nothing I’ve ever smelt. I have to wear a gasmask in my house.” 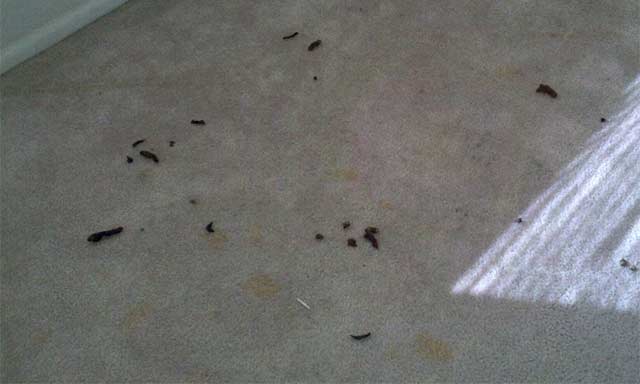 Johns said the worst of it was when he awoke one morning to find the word ‘poop’ written on his garage wall with poop. 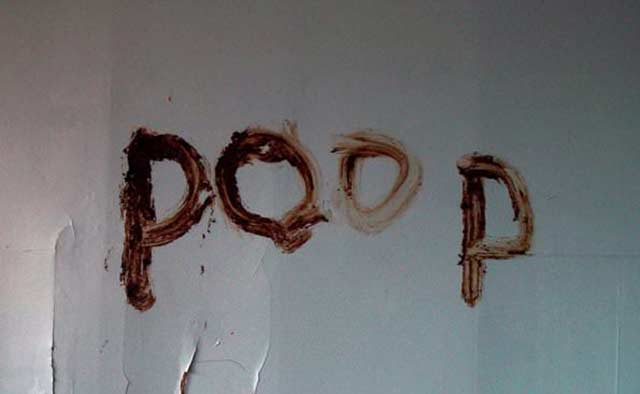 Above: Poop written on wall

“Why would this spook write poop on my wall? I’ve done nothing wrong! Sure I’ve cursed it to hell many times, but only because it was dumping in my house. It started this, not me.”

Johns said has written the Ghost Hunters TV show for help, but did not receive a reply. He also tried setting up litter boxes through the house in hopes the ghost would use them, but the tactic failed.

“I can’t continue to live this way. The smell often makes me vomit. I spend half of every day cleaning up ghost poop. I’ve prayed to God and still it doesn’t stop. I ask anybody who reads this  to pray for the ghost to stop taking craps in my house. Please help me.”