As postman Hank Thompson lifted a box into his mail truck he heard tiny cries. He quickly opened the box to find a highly distressed kitten. 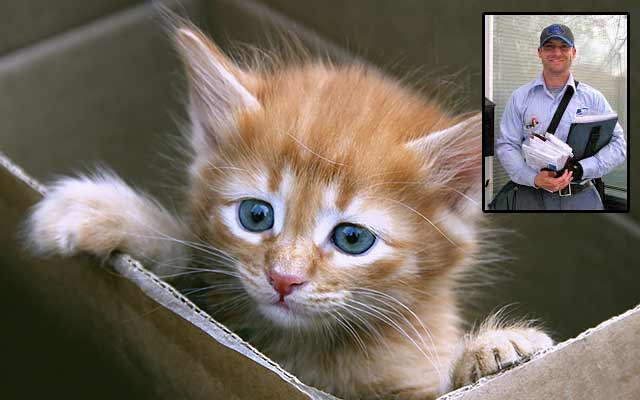 “He was so happy to be out of the box,” Thompson said. “He climbed up onto my shoulder and rubbed his face all over mine, just purring and purring.”

Thompson reported the box was filled with a mixture of cat litter and wet cat food in an apparent attempt to keep the cat fed plus provide litter for the kitten to use the bathroom. A return address led authorities to Yolanda Asser who admitted she had tried to mail the kitten to her boyfriend in Orlando. 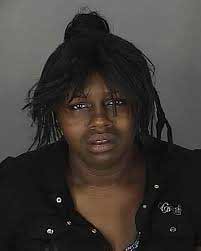 My man down in Orlando selling drugs and I don’t have money for no gas to drive Killer [cat’s name] down to see him and T-dawg was missing Killer, they so close sometimes I think they want to get married and have a baby, and so I just decided to mail him down. The plan was for T-Dawg to mail Killer back once he was done with him.

Asser demanded her cat be returned claiming police had stolen it, but authorities said once the cat has undergone a medical evaluation it will be put up for adoption.

The postman hopes he can adopt Killer.