John Walker walked into the Orlando Police Department last night and asked that a room service menu and a bucket of ice be brought to his room immediately.  When a police officer told him that he was at the police station and not a hotel, Walker grew irate and demanded to speak to the hotel’s manager. 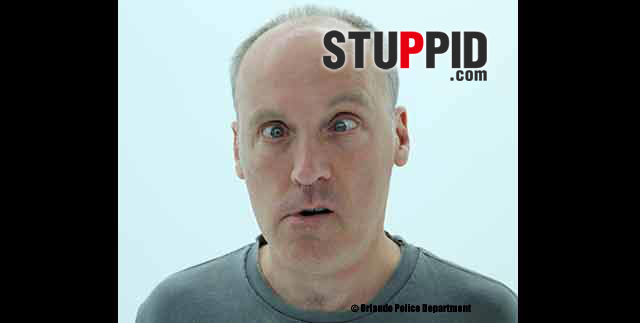 The officer again told him he had made a mistake and Walker took off a shoe and started hitting the officer with it. The officer subdued and cuffed Walker.

When officers told him he was under arrest for assault and battery on a peace officer, Walker again demanded to speak to the hotel’s manager and then asked the officer to call him a transgender prostitute and send it to room 14.

“Mr. Walker was very intoxicated on alcohol, but we also think he was likely on some kind of hallucinogen,” a spokesman with the Orlando Police Department said. “He was obviously very confused as to where he was.”

Walker could face up to five years in prison for felony assault on an officer.