The rich all have their extravagances, but retired hedge fund manager, Luke Elliot, seems to be taking one of his to a bizarre new place: he raises, slaughters and eats ponies on his 700-acre ranch just outside of Bristol. 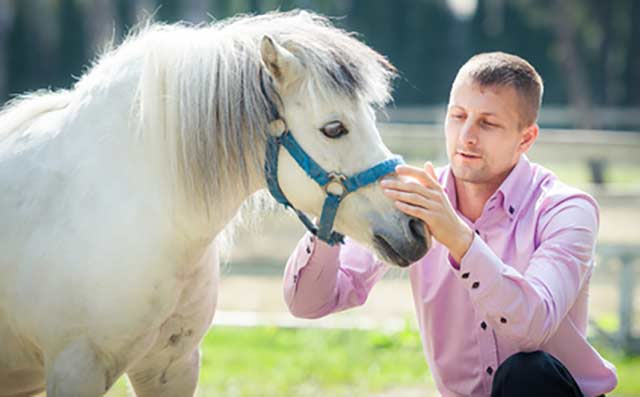 “I eat ponies because they’re beautiful,” Elliot told Connecticut Daily. “Turkeys, pigs, chickens, cows — all ugly. I can’t eat something ugly. Every bite of pony meat is a bite of beauty. I cherish my ponies when they’re alive and I cherish them when they’re in my mouth.”

Elliot employs dozens of ranch hands who spend their days caring for Elliot’s ponies, but Elliot insists on butchering himself.

“I’ve loved and cared for every pony since it came out of its mother. I’ve brushed and petted them, smelled them, ridden them. I’ve really become the father to every pony on my ranch. So when it’s time to eat one, how could I ask somebody else to butcher it? A pony should only be killed by loving hands, by its father.”

Elliot says he slaughters every pony he owns because it would be unfair to let some “go to the fork” while others get to live. However, with hundreds of the animals on the ranch, he has more meat than he can handle.

“I will only eat fresh pony meat. It must be cooked and on my plate within one hour after it has been slaughtered or I consider it expired. So what I don’t eat, I bury.” 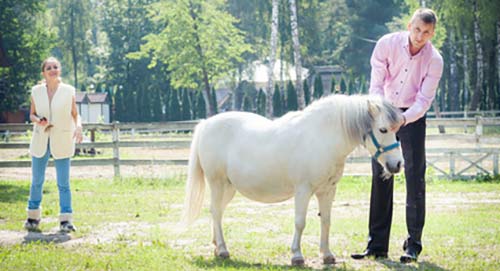 Above: Elliot petting Mandi while a ranch hand watches

The Connecticut Humane Society has tried to stop Elliot’s pony ranch, but with no success.

“The pony has been given ‘pet status’ by law, so what Mr. Elliot is doing is illegal,” Rachel Grisson of CHS said. “But try to get the police to stop it. They don’t do anything to stop it. He gets away with it because he’s rich. This is just another example of the rich getting exactly what they want.”

“I appreciate the Humane Society and all that they do,” Elliot said. “But why do they single me out? Why not go after people who raise and eat ducks? Sheep? Rabbits? Why do they only care about stopping pony eating?”