Across the country a giant brown and white rabbit continues a month-long photoboming rampage. Experts estimate the rabbit weighs 4200 lbs and doesn’t appear to be dangerous. Instead the rabbit seems hell bent on ruining people’s photos.

Photobombing is the act of accidentally or purposely putting oneself into the view of a photograph, often in order to play a practical joke on the photographer or the subjects.

“The rabbit has photobombed at least a thousand photos that we know of,” an official from Homeland Security said. “You would think with a rabbit this big we would be able to capture him, but we haven’t.”

Police speculate the rabbit has a large network of tunnels crisscrossing the United States allowing him to travel virtually undetected. As far as they know, he only comes out to photobomb.

“I was taking a photo of my husband at a fun run in the park and the rabbit just hopped right in front of my husband, and then disappeared,” Lacy Anderson said. “That big rabbit totally ruined my photo!” 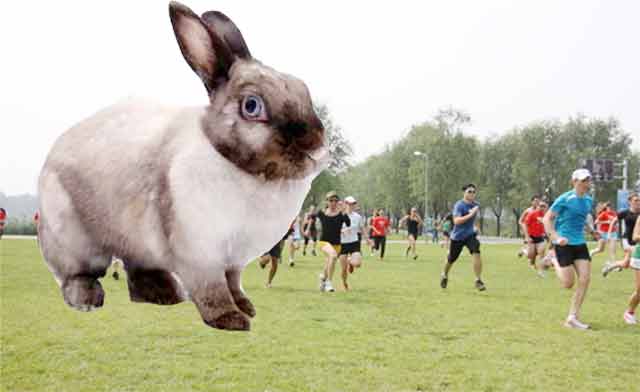 “I was taking a picture of my dog on top of my stallion,” Bill Billings said. “And this big rabbit photobombed me. Sonofabitch.” 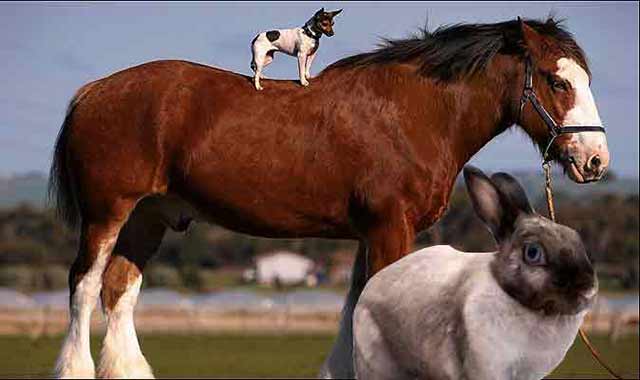 Above: Giant rabbit photobombs dog on top of horse

“He ruined all my wedding photos. Somehow he bombed every photo,” Shelly Stevens said tearfully. 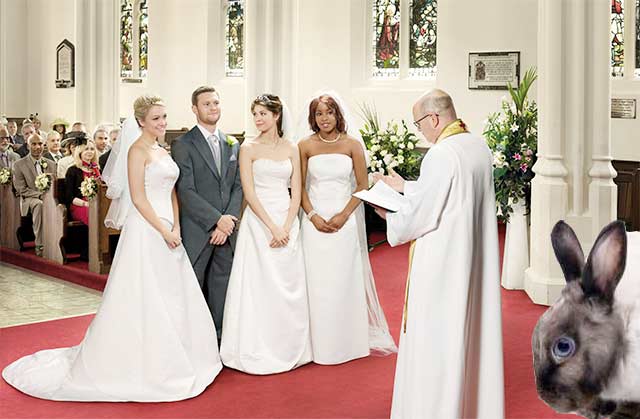 “I was taking a photo,” Jimbo Bone said. “A very tasteful artistic photo, and this f**kin giant rabbit hops into the set and gets right in the middle of the action. Pissed me off!” 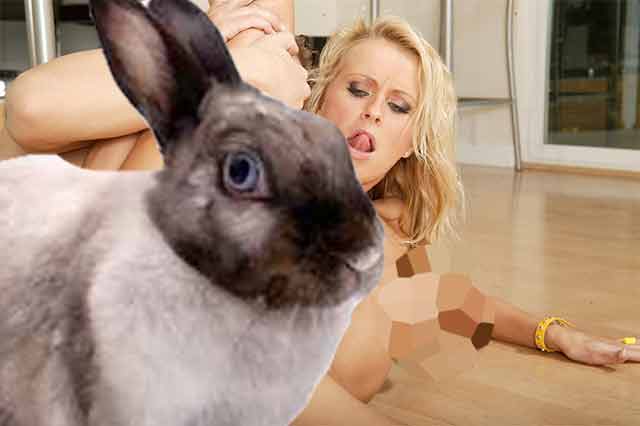 If you see the rabbit police warn not to approach as he could be dangerous and to dial 911 immediately. They also ask that people warn friends and family.