CHICAGO – Aspiring Chicago rapper ‘Biggie Club’ allegedly “got his a*s beat” after handing trick-or-treaters his rap mixtape saying “check out my mixtape fam” rather than giving them candy on Halloween night. 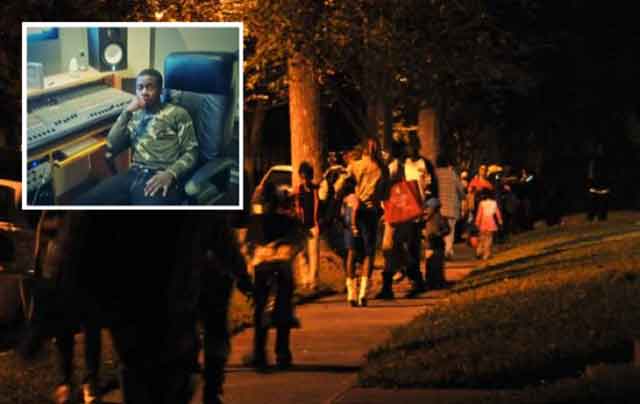 A bystander explained what had happened — “I seen the old mofo and his son pull up to Biggie Club’s crib and before the little kid could even say “trick-or-treat,” Biggie Club had already handed the kid his mixtape. The grandfather began to ask Biggie Club why he was giving his son an explicit mixtape instead of candy, and Biggie Club responded with “Nigga this sh*t is better than candy, the f*ck you trippin’ for fam? You aint livin if you aint heard my mixtape”, then out of nowhere the grandfather threw a violent left hook and knocked knocked Biggie Club the f**k out and then gramps was all yelling “who’s tha bomb diggity now?””

Biggie Club reportedly woke up a few minutes later and was seen later that night giving trick-or-treating children his mixtape.