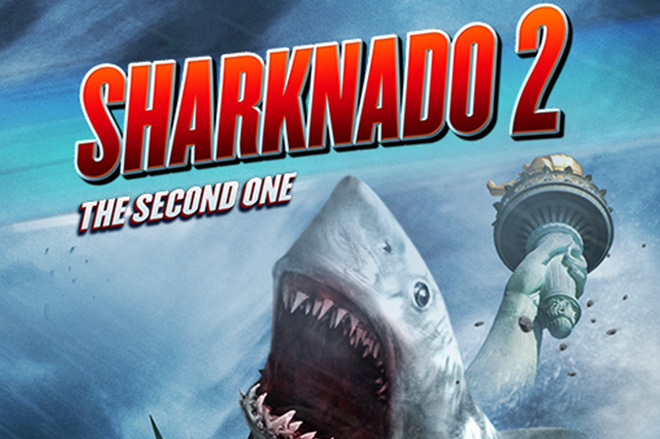 Syfy’s sequel Sharknado 2: The Second One promises to provide more of the same Sharknado stupidity that we hate or love or, for some, love/hate. This movie guarantees three things:  a tornado full of sharks, bad acting and terrible dialogue. It’s a movie franchise where never-quite-was actors go to finish out their pathetic “careers.”  A few typical lines from the new trailer include “Holy shark!” and one character literally uttering the line, “You jumped the shark.”

Of course, the movie is done with tongue-in-check irony, but that doesn’t stop the suckage and wasting of the viewers’ time…

Sharknado 2 is destined (not) to become a timeless classic about a bunch of sharks flying through the air in New York City. Tara Reid and Ian Ziering will reprise their roles from the first movie, and will be joined by Kelly Osborne as Flight Attendant, and Billy Ray Cyrus in an unspecified cameo role.