Man Had Sex With A Picnic Table 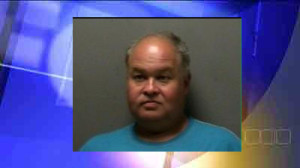 ANNNNDDD attempted to have sexual intercourse with an ATM machine.

49-year-old Lonnie Hutton first walked into a bar Friday night, pulled down his pants and attempted to put his penis inside an ATM machine.

When police responded to a 911 call they found Hutton naked and thrusting his erect penis into the air. Reportedly Hutton was wobbly on his feet, had bloodshot eyes and reeked of alcohol i.e., he was drunk.

When police asked why he was trying to have sex with the ATM he responded, “I told the money machine I’d give it sex for cash. I’m trying to male prostitute myself.”

Officers wrestled him outside and cuffed him to a wooden picnic table, but Police said Lonnie Hutton soon dropped his pants and began to copulate with the picnic table.

When police asked why he was having with the picnic table he yelled, “stay out of my sex life!”

Prosecutors charged him with public intoxication.