Camden, New Jersey – Within minutes of listing her baby for sale on Ebay, Jenny Bath’s listing was deleted for violating Ebay’s Terms of Service. 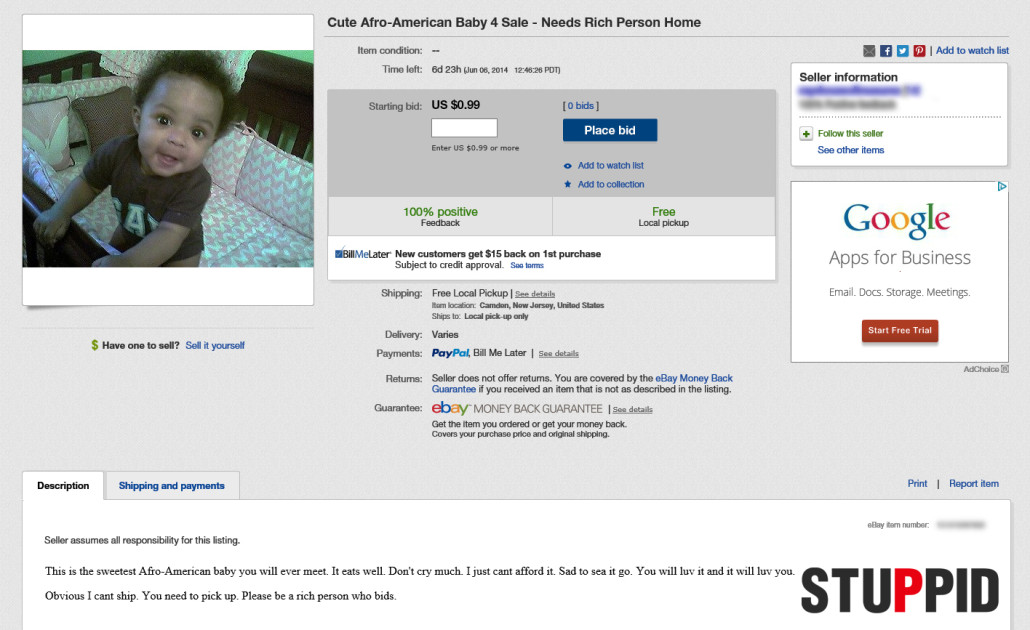 “I adopted the baby from this Afro-American family here in Camden. I thought it was a cute chubby little thing. I like cute chubby black babies and the price was right. I know Afro-Americans don’t have a lot of money. Not that I’m rich neither, but richer than they is and I felt like I could provide a more better home environment.”

Ms. Bath claims that after she adopted the baby she could not get it to stop crying and being fussy.

“It was keeping me up all hours. Thing refused to eat. I think it has something wrong in its brain. I tried to find it another home, but things are rough in Camden, people are poor, so I just listed it on Ebay. I didn’t know it was wrong.” Ebay was not available for comment. Calls to the Camden Police Department were not returned.