ARLINGTON, TX. — Authorities say a Tarrant County preteen is being treated for rabies and facial damage after strangling a fox that knocked him down and tore off a chunk of his cheek. 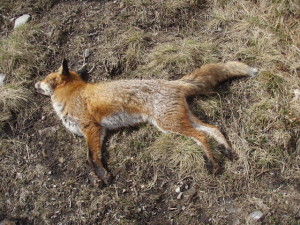 Authorities expect test results on the fox to be returned soon.

Malad says the attack on the boy was the second this week in the county by a fox suspected of having rabies, a disease that can cause severe aggression. Malad says a man was also bitten twice, once on the hand, once on the knee, by a fox on Wednesday, a day before the preteen was attacked.

Malad is urging county residents to be vigilant and to get their pets vaccinated.

The boy’s father said he’s proud of his son for killing the animal.

“He’s recently been involved with wrestling, so I think that helped. He’s not afraid. This isn’t funny, but my son thought the fox was on methamphetamine as he’s seen it firsthand because his mom’s on it.”