BENTONVILLE – There doesn’t seem to be a niche Walmart isn’t willing to fulfill, but this might be the strangest: blood. With recent violence in the Middle East and around the world the already strapped Red Cross cannot keep up with blood demand. 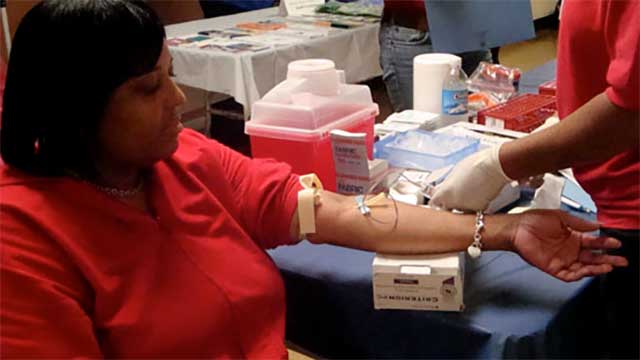 “We’re desperate,” Red Cross Judy Burton said. “People are dying because of inadequate blood supply. We’re thankful to Walmart for starting the Blood Shopper Program. Now those with the means to pay can buy their own blood.”

Walmart, who has access to millions of customers, thinks they can be the world’s largest private blood provider selling directly to hospitals or for-profit middlemen. They also think shoppers will happily embrace the convenient program.

“Many families shop at Walmart together,” a Walmart spokesman said.  “When mom’s buying the groceries dad could be in our blood center selling his blood.”

The company will not pay cash to blood sellers, instead shoppers will be issued a $5 Walmart gift card each time they sell.

“We will allow individual shoppers to sell up to twelve times per week. That’s $60 in Walmart money. That will be an exciting income opportunity for many people to use their own blood as a form of currency,” the Walmart spokesman said.

The retail giant will roll out the program in low-income areas where willingness to sell blood should be much higher.