Nigerian Daily Times News reports that a 26-year-old humanzee is apparently living in Lagos, Nigeria. This bizarre news comes on the heels of the baby humanzee recently born in a Nigerian laboratory. 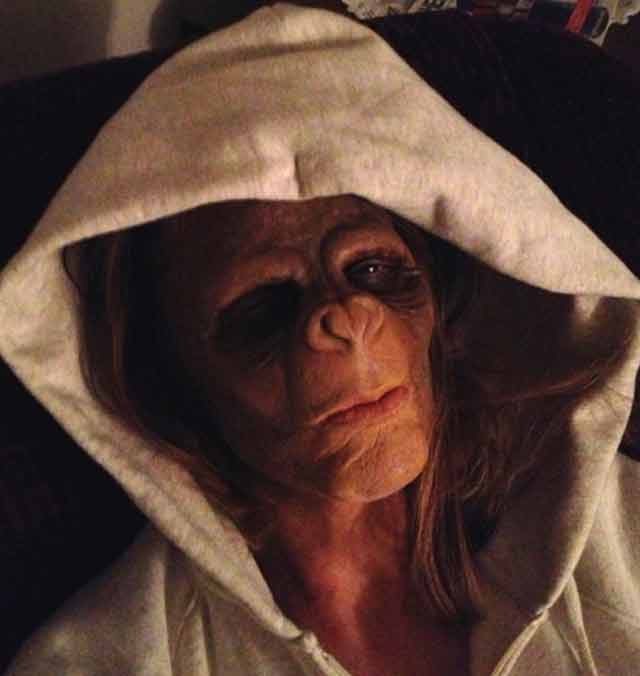 In order to escape potential violence, the female humanzee named Azi lives in isolation, her only contact a few sympathetic human friends who attend to her basic needs.

“She can speak rudimentary English, but mostly communicates through sign language, ” a close friend of the humanzee said. “She has released photos and a short statement and hopes to come out of hiding as she needs urgent medical help.”

Azi said in a press release:

“My father was human, my mother chimpanzee. My mother was killed for meat and my father killed by a falling tree. I was born in a fertility clinic under the supervision of a medical doctor conducting breeding experiments. Unfortunately, I was born HIV-positive and need medical help as I’m very sick. My stomach hurts very badly, I have loose stool. I would like to come out of hiding to get a doctor.”

Friends have provided an anonymous email address for government officials to make contact. Calls and emails to the Nigerian government have not been returned.