LAS VEGAS, Nevada— A California man who called for two prostitutes to come to his hotel room said he collapsed to the floor and had a panic attack when he saw it was two of his daughters. 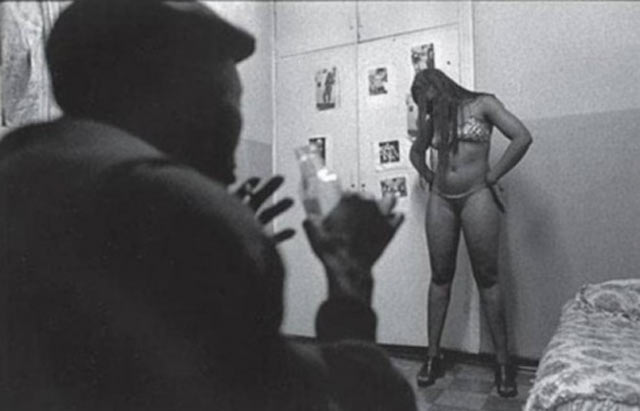 Father-of-ten, Titus McDonalds of Los Angeles, said he was having marital problems and went to Las Vegas to blow off steam.

“I have never gotten a prostitute in my life,” McDonalds told Las Vegas Weekly. “I swear to Christ. What are the odds it was my own flesh and blood that showed up? I think this is Lord’s way of bitch-slapping me.”

His daughters, who he hadn’t seen in years, fled the room upon recognizing their father. Once McDonalds had recovered from the initial shock, he found his daughters, aged 20 and 23, in a casino bar.

“I told them I was sorry for what I done did,” McDonald’s said. “I apologized for my actions and said I just want my family whole again. My daughters and I have patched up our relationship. My marital problems are not over, but we have a wonderful counselor who is helping us to get over this most difficult period.”

McDondalds lost touch with his daughters when they disappeared from the family home three years ago.

“I used to just spank and spank on them,” McDonalds said. “I was too tough on them. I just wanted them to excel at ballet and get ballet scholarships so I wouldn’t be on the hook for college tuition. But they didn’t like ballet and I shouldn’t have forced ballet on them. Everything is my fault.”

McDonalds said his daughters plan on continuing to prostitute themselves.

“If this is what makes them happy, who am I to stand in their way?” McDonalds said. “From now on, I’m just going to love and support them.”