Photographer John Hurd was traveling around Mexico when he came across a sign with an image of a sheep that read El Beastro. Curious, John pushed through a tinted glass door that lead down dingy stairs into a receptionist area clad in zebra and cheetah prints. An attractive young woman sat behind a desk and welcomed him with a smile. 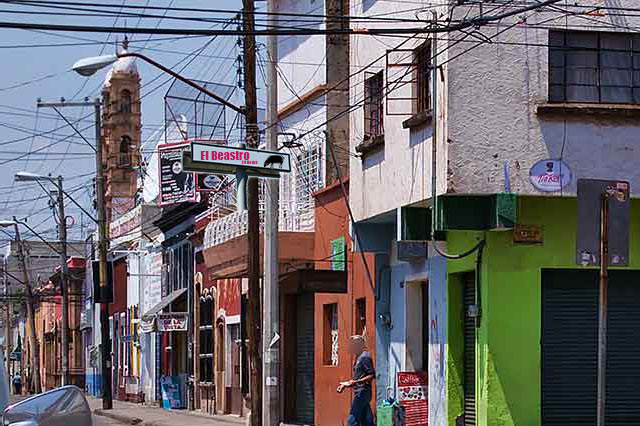 The woman offered John a menu and explained how the place worked. John could choose an animal and for the listed price he could spend a half-hour with it. This wasn’t an exotic restaurant as John had quickly hoped, this was an animal whorehouse. 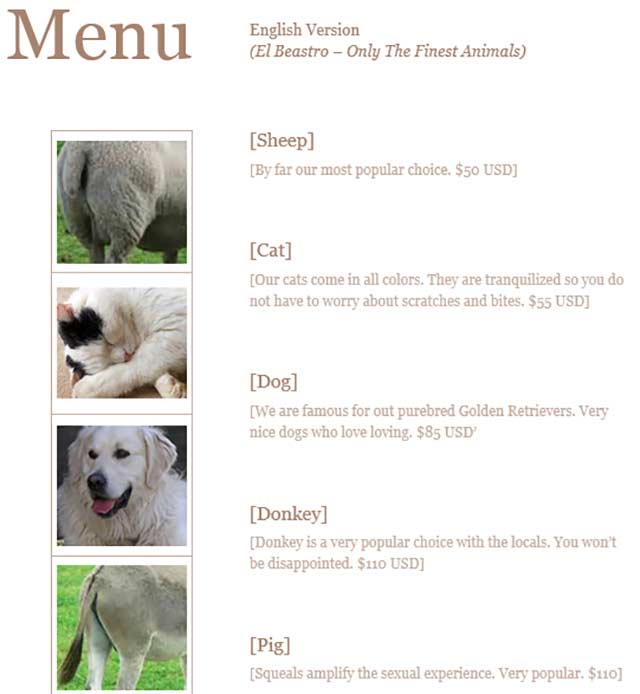 There were no rules, except the animal could not be beaten or killed.

“I was horrified,” Hurd said. “Absolutely horrified. But I decided to buy time with a cat.”

John was led into a small room that was clean and tidy where a drugged cat lay on an orange rug.

“This poor cat was despondent, barely breathing. I petted it and told the cat it would be okay.”

After a moment, John decided to take the cat and run from the building. Quickly, he was chased by two beefy security men who threatened his life if he didn’t stop. John managed to escape.

John visited the police later that day to report the animal bordello.

“They [police] knew all about it and they said I better go back to the United States or there would be big trouble. What could I do?”

The cat is now healthy and living with John. He’s written letters to Mexican officials with no response.

“I can’t believe this level of sickness occurs in this world. I pray God intervenes somehow and stops it,” Hurd said.