As people fought for amazing deals in a suburban Detroit shopping mall competition for low-prices and once-in-a-lifetime deals ran so fierce that a small war broke out. 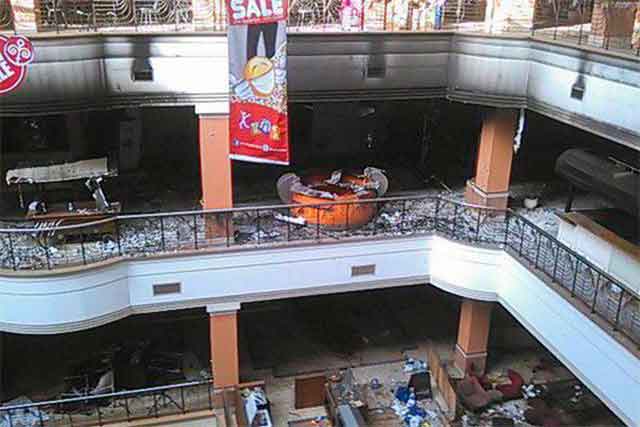 “There were grenades exploding, armed men patrolling the mall and shooting people, including women and children and the elderly,” an unharmed bystander said. “People were fighting in line… lot of line cutting… I saw a guy behead another guy after he took the last Barbie Iron-On and Style Doll.”

“I barely got out with my purchases,” another shopper reported. “Bullets rang over my head. A massive explosion rocked the ground behind me nearly knocking me off my feet. My husband got left behind. I fear he’s dead. I’m still glad I got a Samsung Galaxy s5. I really wanted it, but did not want to pay full retail.” 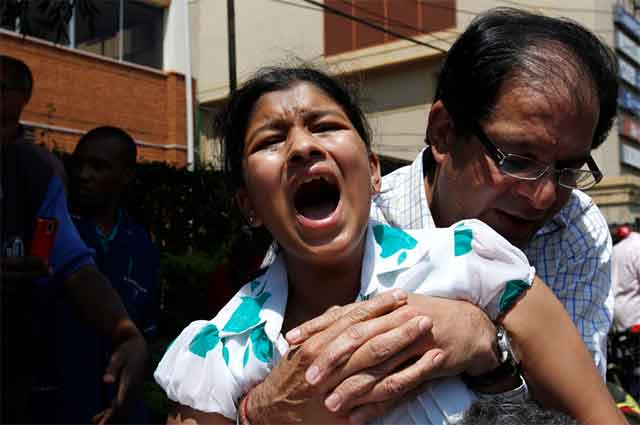 The Michigan National Guard was called in and traded gunfire with armed men loading up minivans with toys, clothes and electronics, killing them all. They used a robot to defuse a bomb placed inside  the makeup department at Macy’s. Other guardsmen helped Emergency Medical Technicians tend to the injured and carry out the dead. 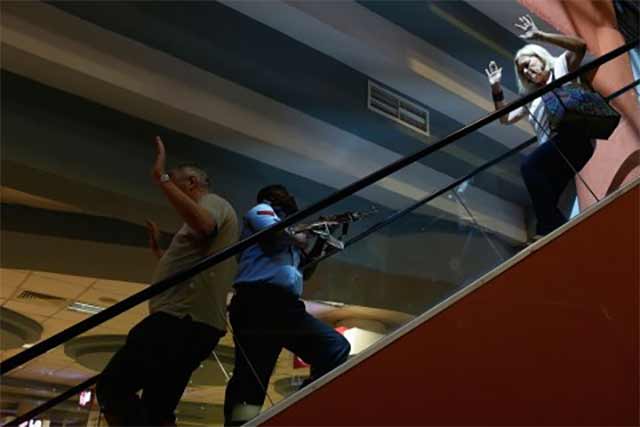 After the war was contained, the destroyed section of the mall was cordoned off and peaceful shoppers were allowed back into the mall to continue bargain hunting. Officials have not released fatality and injury reports.