Many are cashing in on the Ebola virus, from makers of Ebola Halloween costumes, to websites issuing fake Ebola stories. Granted, most are a way to humorously allay Ebola fears, but when, as a society, can we say we’ve gone too far profiting from misery?

A new French company is close to releasing a perfume called EBOLA that will surely spark controversy. 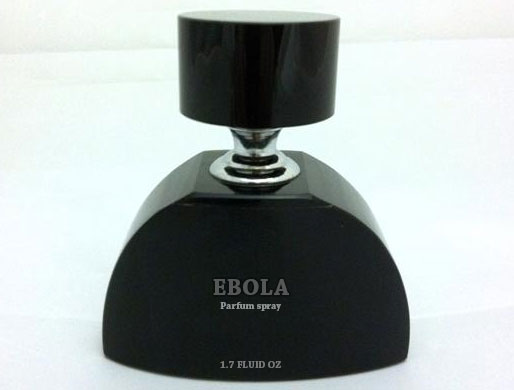 Aleron Céline, director of marketing for EBOLA, explains why they have chosen to cash in on the deadly virus and how they justify their product.

“Ebola headlines dominate our daily life. It’s a household word everybody is thinking about, everybody is talking about. And so many people joke about Ebola we feel that they will find it funny to spray themselves with Ebola too… as a bit of a joke.”

Céline is quick to state the perfume does not contain the Ebola virus.

“Of course, some might see people spraying themselves with EBOLA and think they are deliberately infecting themselves and that will be part of the fun, but this is just a unisex fragrance completely absent of Ebola virus. It’s just a very nice smell… earthy, grassy smelling.”

It will be interesting to see how the public reacts and if the fragrance can find a market.

The perfume will be carried at boutique shops throughout France and sold online for a retail price of $399 USD.