Father Hires Man To Give His Daughter Herpes

Jamie Johnson, 52, allegedly hired a man off Craigslist to seduce and give his 16-year-old daughter, oddly named Jamie Johnson as well, herpes. 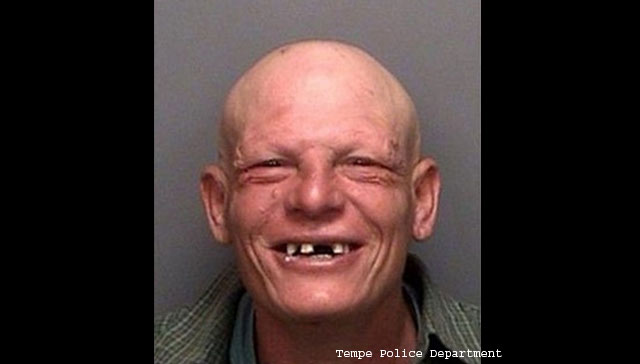 Johnson told police he could not control his sexually promiscuous daughter. He had tried grounding her, spankings and had even taken away her birthday numerous times to stop her from sneaking out and attending “sex parties.”

Johnson felt by giving her herpes she would be less inclined to “whore around” and would therefore stay home and “work on her school crap.”

“It’s going to be hard for her to be a slut now she has herpes,” Johnson said in his police statement. “She’s damaged goods. Nobody wants to put their ‘you know what’ in a ‘you know what’ that has herpes. Yuck.”

Mr. Johnson’s daughter discovered the heinous truth of what her father had done when she came to him and said she thought she had a contracted an STD and wanted to be driven to Planned Parenthood.

“I told her… ‘I know you got herpes, little girl, cause I hired Billy to give the herpes to you.'”

His daughter told a school counselor what her father had done. The counselor immediately phoned Tempe Police who arrested Mr. Johnson on child endangerment and pandering charges.

Johnson told police he hadn’t done anything wrong and they had no right to tell him how to raise his daughter.

Police are sifting through leads to find the man (thought to be in his seventies) Johnson hired to have sex with his daughter.