Dennis Smith, 27, was stopped by Miami-Dade police early this morning and charged with possession of two kilos of cocaine and resisting arrest. 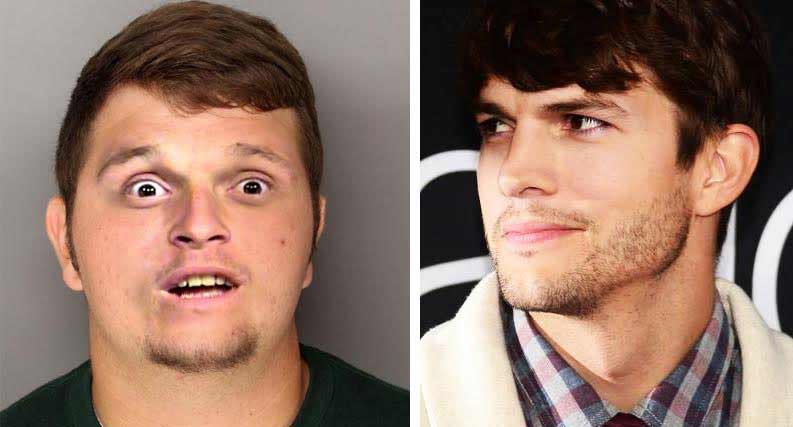 After being forcibly extracted from his white 1985 Lamborghini Countach, Smith told police he was Ashton Kutcher and would “sign free autographs” and cast them in his upcoming movie The Cocaine Dealer as policemen if they let him go.

Smith said the two kilos were props from the The Cocaine Dealer he was currently shooting in Miami.

“He said ‘some kids took it.'” the arresting officer said. “And since he hates driving he said never got another one and was instead just packing around his character’s driver’s license which, apparently, was another prop in the movie.”

Smith continued to maintain his identity as Ashton Kutcher and explained the “prop cocaine” as simply being flour even though it tested positive as cocaine.

“The police must not like my movies or they’re simply jealous of my good looks (they were not very handsome) and massive success as a major Hollywood talent,” Smith said in the affidavit. “Why else would they try to pin this on me? They’re jealous. It’s obvious by just looking at me that I’m Ashton Kutcher.”

Smith said once he is released from jail he plans a lawsuit against the police department for false imprisonment and sexual abuse.