Early Sunday morning, bodybuilder Jacob Hallson was doing pushups on Siesta Key Beach when a man professing to be a zombie ran from behind a sand dune and tackled him. 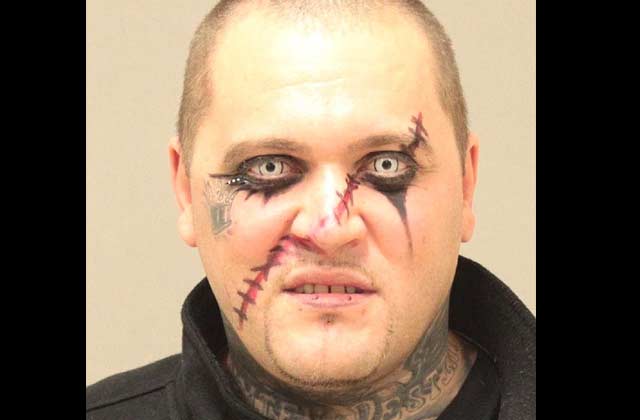 The “zombie,” Carpenter Goff, 32, gnawed on Hallson’s head trying to “get his brain.”

Hallson shook off the crazed assailant and ran.

“I know the Zombie Apocalypse is coming some time in 2015 and thought this was it,” Hallson stated in a police report. “But even worse: I know it only takes thirteen minutes to transform (into a zombie) and he’d bitten me all over the head so mostly what I was thinking about while running away was how gross it was going to be to have to eat people in about fifteen minutes.”

Even though Hallson said he is in “great cardio shape,” the “zombie” managed to catch and tackle Hallson and then administered a vicious bite to Hallson’s forearm. 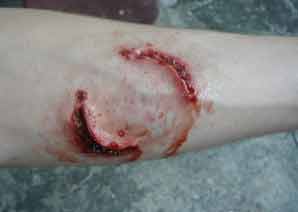 “At that point, all I was thinking is please God hurry up and let me transform into a zombie because this is super painful,” Hallson said.

Police soon arrived and arrested a hissing and growling Goff who had climbed a tree. An ambulance took Hallson to Sarasota Memorial Hospital where he was treated and released.

Hallson still believes he will transform and is taking precautions by planning to lock himself inside a dog kennel.

Why does Hallson believe the zombie targeted him?

“I know he attacked me because I’m a meathead.”