A Le Meridien Hotel valet crashed and completely ruined a Lamborghini Gallardo Spyder in New Delhi, India last week. Losing control of the car while bringing it to the porch, he slammed into a parked car, made it spin around a WHOLE BUNCH before ramming into a concrete wall.

The hotel refused compensation for the almost $330,000 in damage prompting the Lambo’s owner, Abid Fateh Mohmmed Khatri, to file a complaint against both the valet and Le Meridien.

“Just because I drive a Lamborghini Gallardo Spyder doesn’t mean I’m rich. I saved up for this car! And they won’t compensate me? I don’t have the money to replace it. I’m not made of money!”  Abid Fateh Mohmmed Khatri said. 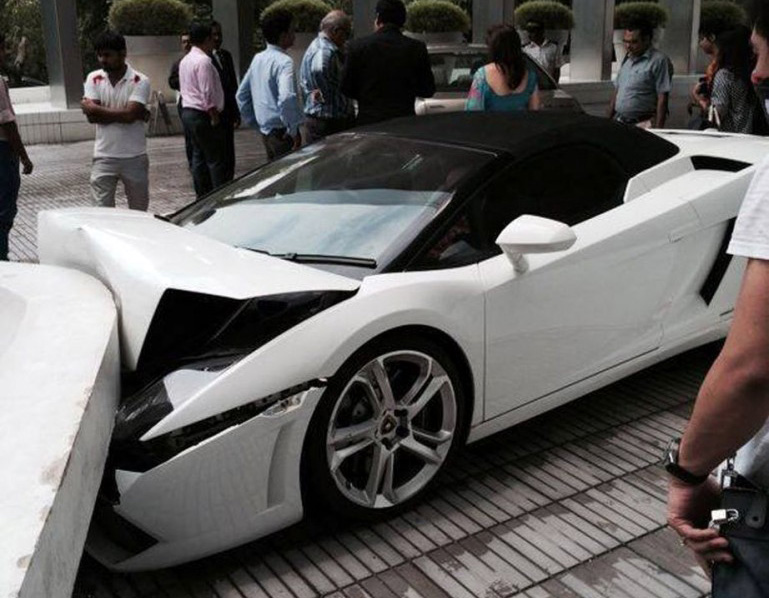 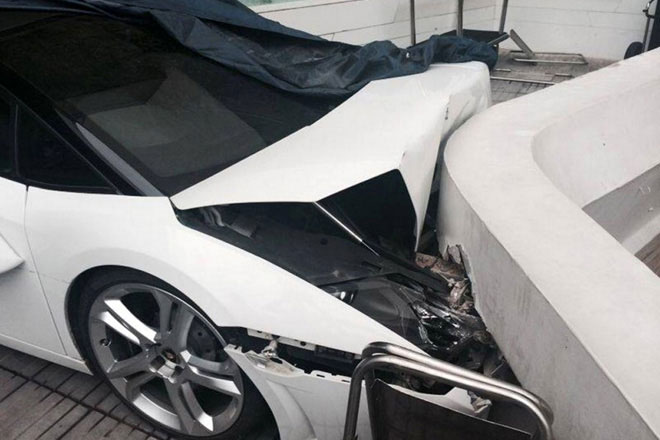 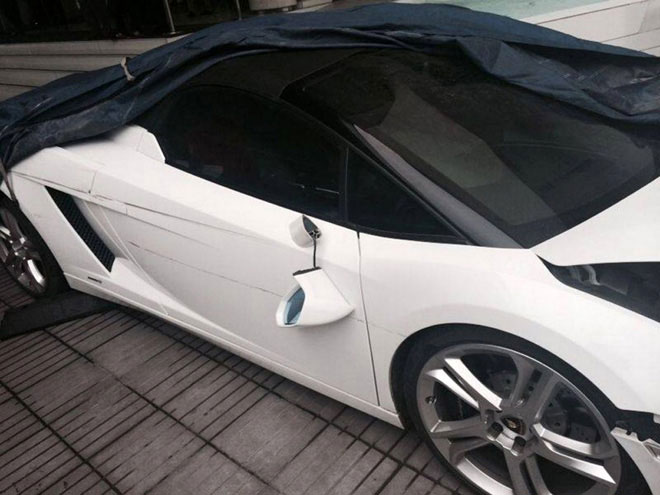 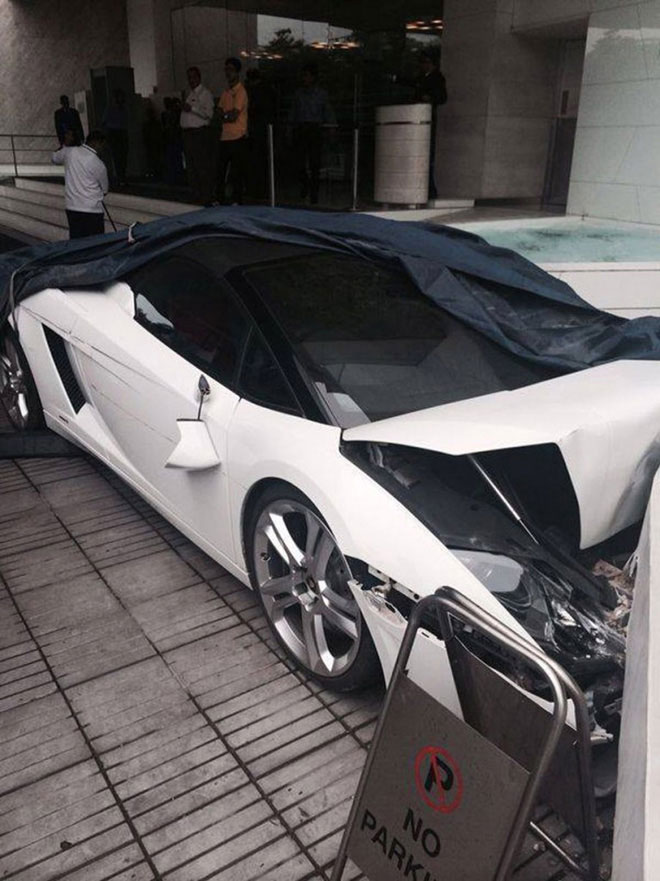 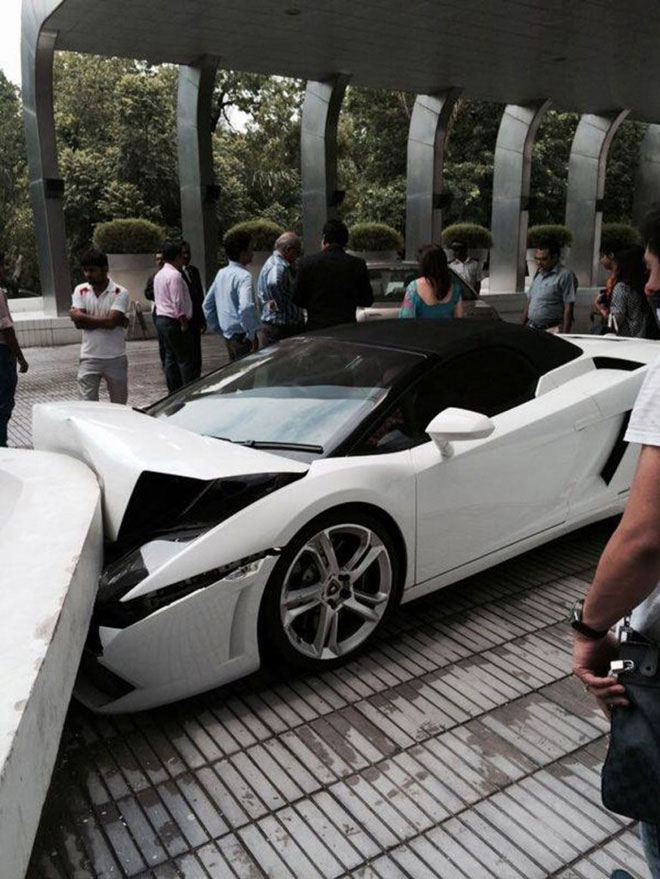 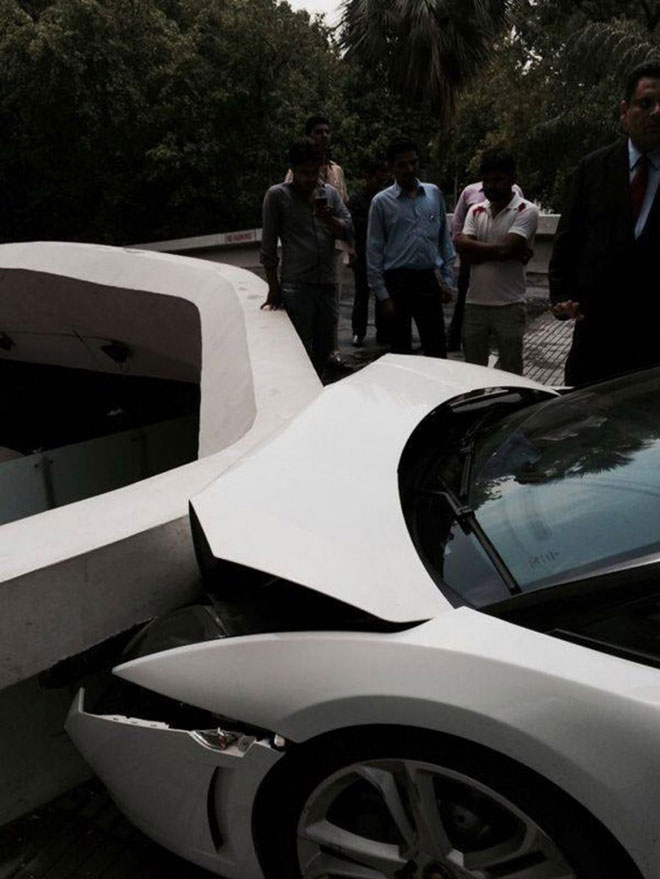