Jeff and Miranda Jackson said they’ve faced intense criticism from coworkers, strangers and bloggers for their interracial marriage, but have learned a couple important lessons. 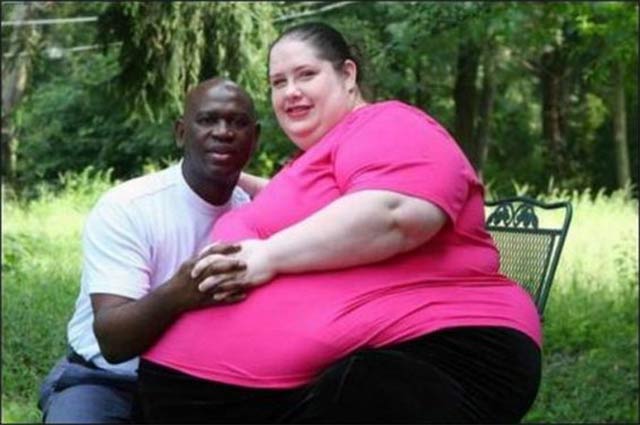 “I’ve learned haters gonna hate and it’s important not to feed the trolls because it’ll just make things worse,” Miranda said. “Haters say I’m a fat ugly bitch. I say big is beautiful. I’m very proud of my body. Haters say I shouldn’t be married to a black man because it’s against God or whatever. I love my black husband. I don’t even respond to haters anymore”

Jeff said he loves his wife very much, but the cruel comments he’s faced from being called a ‘chubby f**ker’ and a ‘honky f*cker’ have tested the bonds of his marriage.

“I’ve often wondered if it would be easier to leave Miranda, but I love her. I love her body. I love her personality. I just have to accept that haters gonna hate and I can’t feed the trolls.”