Man Claims He Was Kidnapped and Tortured by Jesus Christ

Abdul Mattar claims he was sleeping one night in his condo when he felt a fist hit his face and was then blinded by a bag cinched over his head. 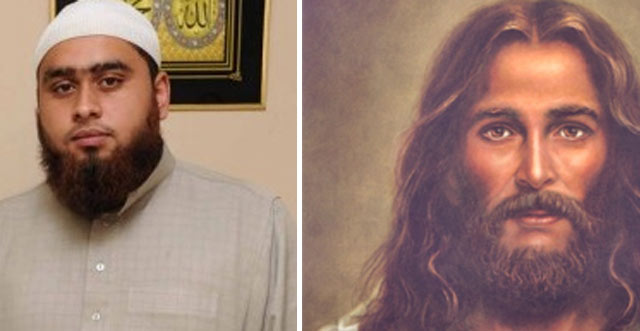 He was driven to a remote area in the desert and tied to a chair. When the bag was removed he saw an angry man with shoulder-length hair, long beard wearing a robe and sandals.

“It was a Jesus Christ,” Mattar said. “And he was most upset with me.”

Mattar alleges Jesus proceed to beat him in the face and stomach with his fists and then used a riding crop to whip his bound hands.

“He said I needed to accept him as my personal savior or he would beat me until I was dead,” Mattar said. “I told him to ‘beep himself’ which further enraged him.”

Mattar is a devout Muslim and believes Christianity is a religion of the devil.

“I tell people all the time that Jesus is a bad god and now I have my proof,” Mattar said. “He tortured me mercilessly. Allah would not do this. Only Jesus would. Christianity is not a religion of peace. It’s a religion of violence and hatred.”

Mattar said Jesus then put a crown of thorns on his head and told him, “I will show you what real pain is.”

“He brought out large nails and a hammer and two two-by-fours and said he would nail my hands to the wood,” Mattar said. “That’s when I knew I had to give in to him. I didn’t want to ruin my hands. I prayed to Jesus right there for my life. I prayed to Jesus to stop hurting me.”

Jesus then asked Mattar if he accepted him as his personal savior.

Mattar cried out an emphatic, “Yes!”

“But,” Mattar added. “My hands were tied and hidden behind my back so I was able to cross my fingers which means I didn’t technically really accept Jesus. But he totally bought it. Looks like he’s not all knowing after all.”

Jesus untied Mattar, kissed him on the forehead and left. Mattar walked out of the Las Vegas desert and to his home.

“I did not call the police,” Mattar said. “Because how can you turn a supernatural being in? What are they gonna do? Arrest Jesus Christ? Right.”