This Is Probably One of The Biggest Cat’s You’ve Seen!

This is Lionel from Boise, Idaho. The Idaho Humane Society found him living in a field, where he had apparently lived for a year. Nobody knows where he came from or how he ended up living on his own, but he managed to survive. He was hard to adopt because he was so big and had a bad eye. But a couple finally took him in and he was pampered. 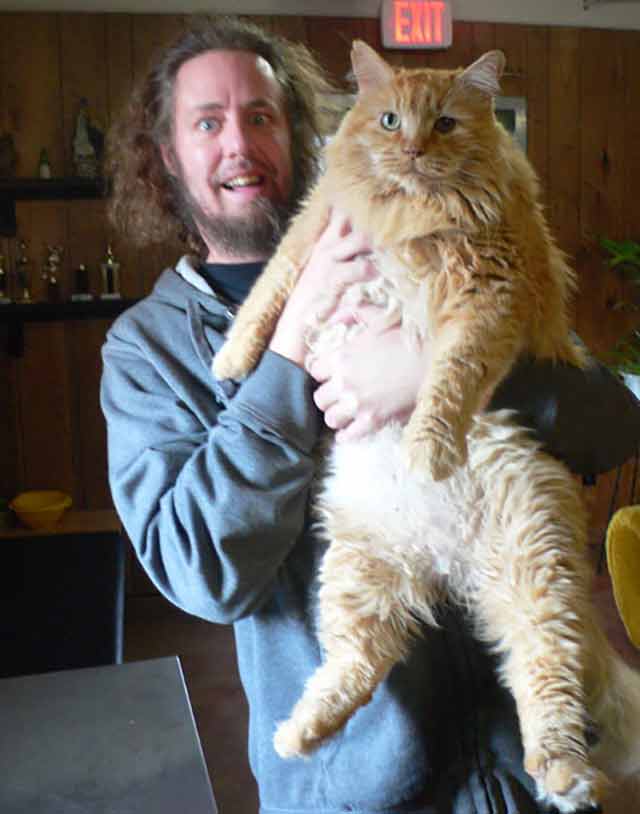 Lionel is a Maine Coone and weighs a whopping 36lbs. He’s not your typical ‘Overeight Cat.’ He’s just BIGGG (okay, maybe a little fat too). 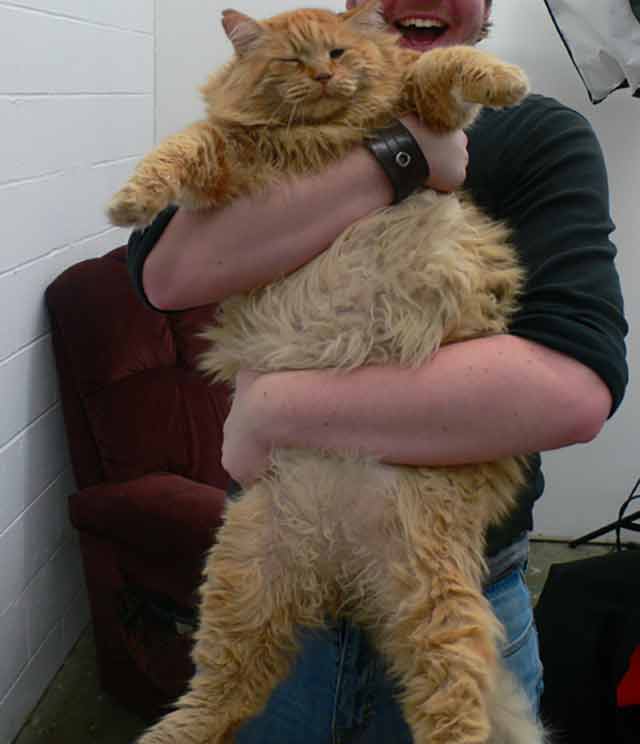 Lionel is a gentle giant, but any cat that steps onto his property immediately knows they have made a grave mistake. The majority bolt off seeming to not understand what they have just encountered. A few have stepped up to challenge him, but haven’t lasted more than a few second before hightailing it. Lionel easily vanquishes all enemies  — but only if they come into his yard. He’s very respectful of other cats’ territories and never starts a fight.

Once a bruiser of a pit bull came into Lionel’s domain and he backed the dog into a corner throwing a cartoonish flurry of paws. The dog yelped for rescue and Lionel’s owner was able to pick Lionel up so the dog could run away.

But again, Lionel is the gentlest of giants. 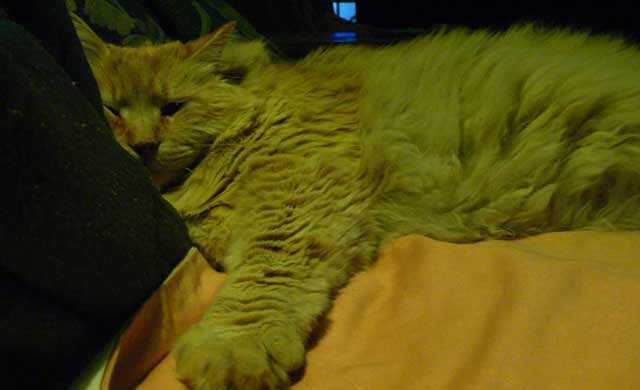 On game day, Lionel’s dad puts his big cat in a Standord T-shirt and Lionel sits next to him on the couch watching the game. Lionel’s allowed two cans of wet food on game day. 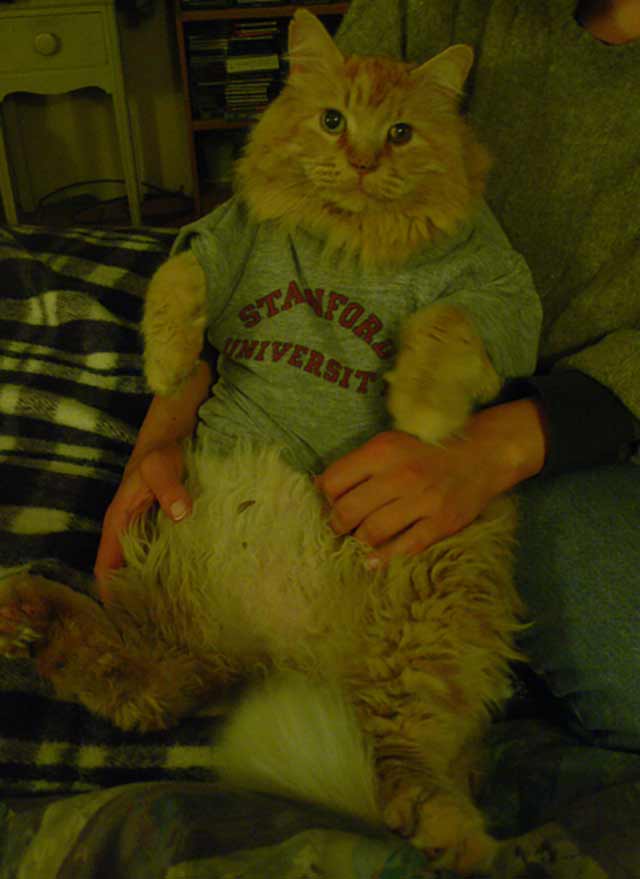 Lionel hasn’t been officially measured, but he is likely one of the biggest house cats in the world. When Lionel’s in the front yard many passerby stop their cars, get out and gape at the gentle giant.

If you love this big cuddly cat, share him with your friends!