So, do you eat at McDonald’s often? If so, then you have probably consumed one of the many worms found in the hamburgers and McMuffins by loyal McDonald’s customers.

This man was dining at his local McD’s when he came across this live worm wriggling around in his burger. Yes, it was alive. It must have survived the meal worm grinding process.  He was given a refund by the manager. 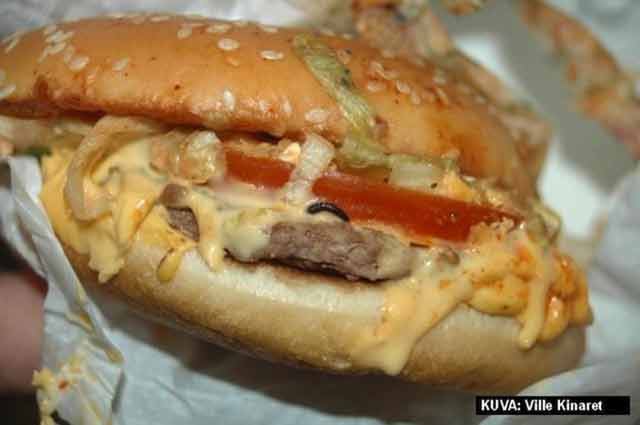 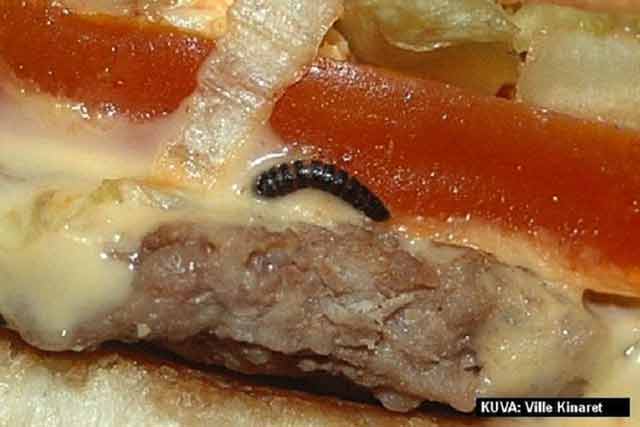 This next loyal customer was trying to enjoy some breakfast at a McDonald’s in Buckeye, Az when he came across an unwelcome guest. High School senior Derrick Holt was more than disgusted when he found this worm, but the damage was already done.

Holt believes he swallowed several worms prior to his discovery, due to his recent diagnosis of gastroenteritis, a type of stomach virus. He is currently being tested for parasites and will remain out of school until his symptoms clear up. 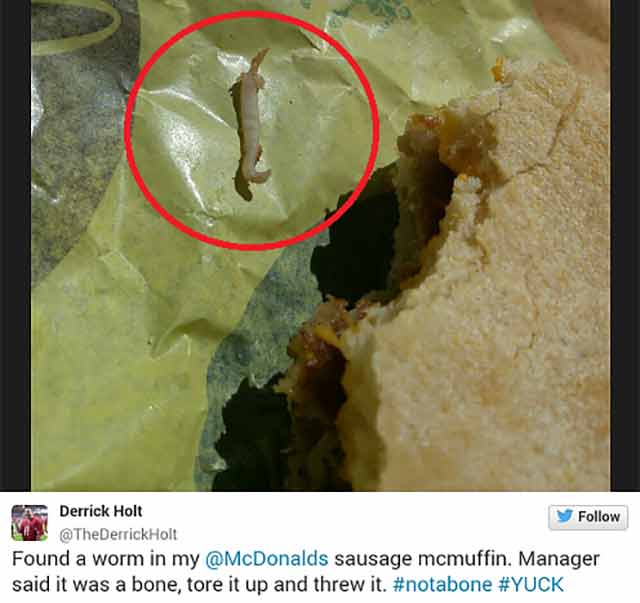 Holt told USA Today, ” I won’t be eating there any time soon. I have no desire to.”