Skyler and I had a discussion on Facebook chat about angel dust. 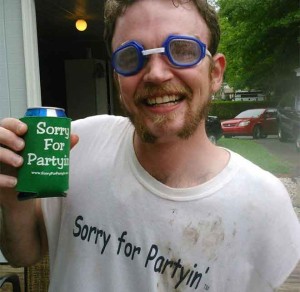 Skyler:  You can call me Sky. Skyler is what my parents called me as a kid. You totally see stuff that’s not there. For example, I saw a ghost commit suicide.

Sky: I saw two hobos having dookie love up against a tree. Total hallucination.

Me: I don’t know if I’d want to hallucinate that.

Sky: It was cool, man. Kind of beautiful. But this angel dust gave me so much energy. I could have gone into a major apartment complex and vacuumed every single floor.

Sky: But things got kind of creepy. I was in my friends backyard and it was raining and I saw scorpions everywhere in the grass. I started catching them and putting them on this flat rock I called THE SACFICIAL ROCK OF DEATH. I took this aluminum baseball bat and smashed them. But, bro, the wild part, when I woke up in the morning they weren’t scorpions, they were EARTH WORMS. I killed EARTH WORMS! LOL!

Me: So when you woke up the high was basically over?

Sky: I felt like crap. I downed six Red Bulls and my stomach hurt. I had a wicked butt quake. I busted a dook and it was red. I don’t know what that was about, but it kind of freaked me out.

Me: You might want to see a doctor. But alright, Sky. Great talking with you.

Sky: Peace out. Keep it real.