CENTER LINE, Mich. – A man tried to kill a spider at a gas station using a lighter causing a dangerous fire. Using a lighter to kill the bug, he started a blaze that quickly engulfed the gas pump.

He somehow escaped serious injury and the gas station’s damage was contained to one pump, which was destroyed. The incident was recorded at a Center Line gas station.

The man grabbed a nearby extinguisher and put out the flames before firefighters arrived. Later he admitted what he did, saying he spotted a spider on his gas tank and because he’s deathly afraid of the critters. 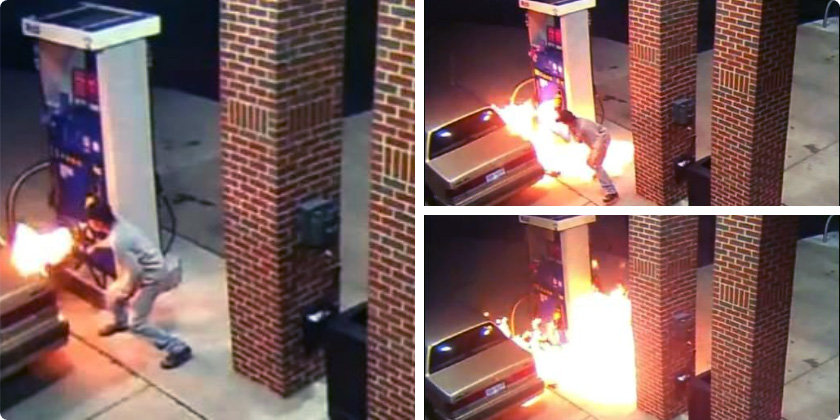 He pulled out his lighter and decided to burn it. You don’t have to be a rocket scientist to figure out what happened next.

Employees at the gas station have been having fun with the video ever since.

This charred fuel pump says it all. We are told his car was barely damaged from the flames. But his embarrassing mistake didn’t stop the man from coming back the next day as a customer.

“He was sorry,” Susan said. “He was sorry, he said he didn’t know. It is just one of those things that happen – stupidity.”

Adams said this serves as a reminder about being careful around gas pumps. Whether it is using a cell phone or static electricity, the smallest spark can cause a gas station fire.

The accident is expected to be covered by the station’s insurance.