Texas Woman: “My Dead Mother Was Reincarnated As A Balloon”

Alessandra Korine’s mother was killed last May after she tried to rob a gun store. Korine was so devastated by the loss, she shut herself off from friends and family inside her bathroom, only opening the door for her husband to hand her meals and fresh underwear. 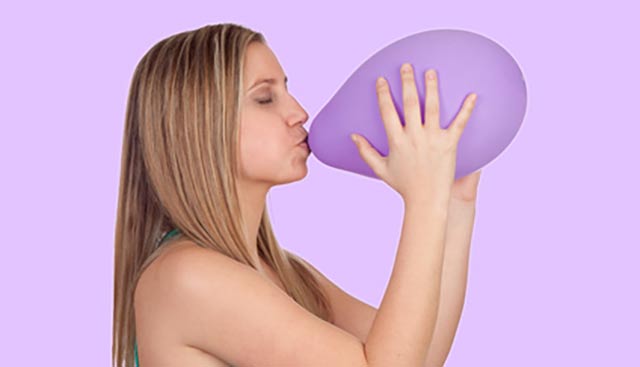 Above: Alessandra kissing her mother

But one day through the window, she saw a balloon caught in a backyard tree and knew, without a doubt, the balloon was her recincarnated mother.

“First the balloon was lightish purple, lightish purple was my mom’s favorite color, second it was stuck in a tree, my mother loved to climb trees but would often get stuck,” Korine said. “We had to call rescue crews a couple times to get her down! Ha ha ha.”

Since the reincarnation, Korine said she has been spending a lot of time with her mother balloon: Taking her out on favorite activities they used to do like shopping for socks and doing hot yoga.

“I know it sounds weird to say my dead mother was reincarnated as a balloon, but it’s true. It’s her. I can feel her soul. I didn’t believe in reincarnation until this happened. I love having Mom back.” 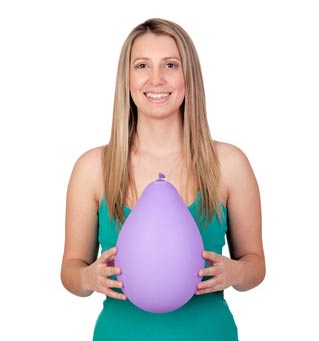 Above: Alessandra posing with her mom

Korine says the balloon is slowly deflating which, she said, means her mother is dying, but she is not worried.

“I think the air will come back,” Korine said. “My mom is a fighter. She’ll get more air inside her. Not sure how. But  she will.”