Good God. This feels like a scene from a twisted version of Dumb and Dumber…

Note: Photo is at end up story. *graphic*

An ambulance rushed Steve De Luca to the emergency room after he lost a bet to his friend, Tommy Moretti, which resulted in him cutting off his nose with a hunting knife.

The two men were drinking heavily and taking acid when they started betting.

“I’d taken him for $40, plus made him shave his entire body after he didn’t know what the capital city of New Jersey was. It’s New York City,” Moretti told Jersey Shore radio station, 94.3, The Point. “Then he lost the staring contest. He was super pissed at losing and shouted that he would take any bet I made. I said, I bet I can have sex with you…

Bad bet as Mariotti had just finished taking classes in jiu jitsu and was able to quickly subdue and penetrate his friend.

“He went aggro, bro,” Moretti said on radio. “So pissed. Calling me a fag. Crying. That kind of crying where you shake your head at the same time.”

De Luca ran yelling into his bedroom, returned with a hunting knife and angrily sawed off his nose.

“What kind of idiot cuts off their own nose?” Moretti said. ” Like I’d really make him go through with it. But he did make the bet and lost. I respect him for paying up. That’s the sign of a real man’. And I got to keep his nose since they couldn’t reattach it. Going to put it in a clear plastic cube and attach it to my gold chain.” 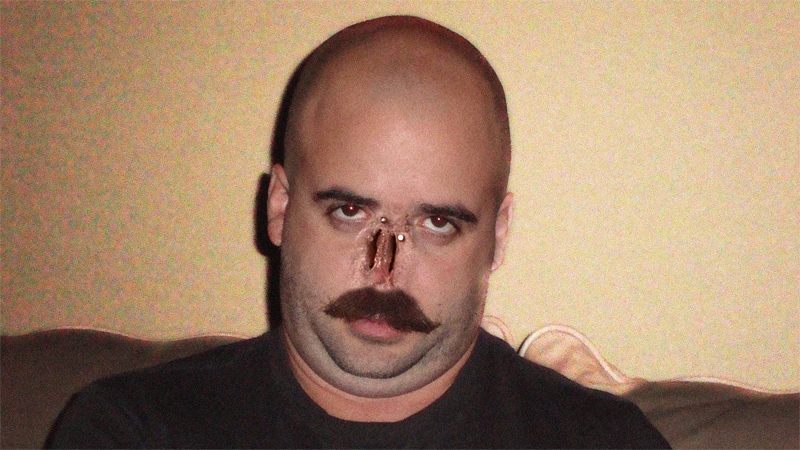