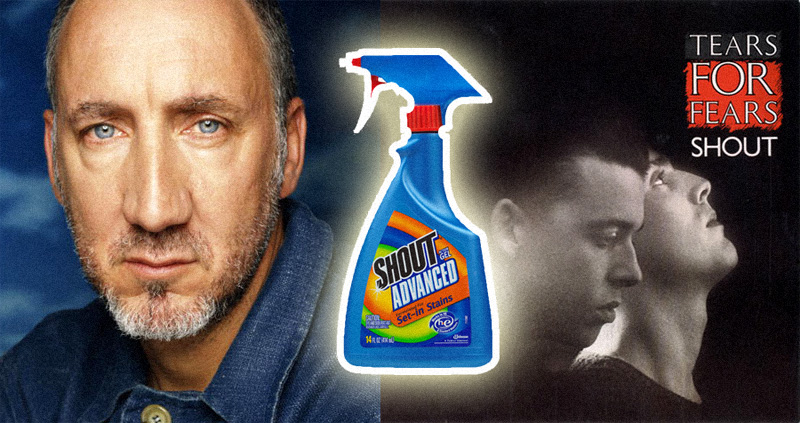 Music legend Pete Townshend is reportedly purchasing Tears for Fears’ back catalogue, including the hit single “Shout” for a reported $480,000.

Once the deal closes, it’s believed Tears for Fears will retain ownership of all music post-1989, but the rest will be brought under Townshend’s control.

Townshend’s management declined comment, but many business insiders think it’s a savvy move on Townshend’s part. Shout® Detergent Stain Solver (A Johnson Family Company) had reportedly been in talks with Tears for Fears to license “Shout” for a commercial campaign.

Business analyst Thomas Johannes with the Messenger-Index said it appears Townshend outbid Shout with a total buyout offer. “I wouldn’t be surprised if Mr. Townshend turned around and sold “Shout” to Shout® for much more than he paid. He’s a very shrewd businessman and can probably demand a far better price than Tears for Fears.”

Johannes said he thought the price was far too low and feels the band must be in financial dire straits or there is more to the deal than appears on the surface.