It’s called Coal Rollin’ and it’s the latest anti-environmental movement sweeping the U.S. of A. 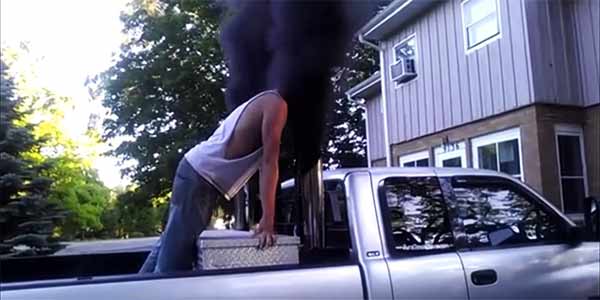 “Coal Rollers” are diesel trucks modified with chimneys and equipment that can force extra fuel into the engine causing dark black smoke to pour out of the chimney stacks. These modifications are not new, but “rolling coal” has begun to take on a political dimension with pickup drivers increasingly viewing their smokestacks as a form of protest against environmentalists and Obama administration emissions regulations.

“I’m sick of these Jap cars running around on electricity and all these environmentalists thinking car and truck exhaust is bad for the environment. To you I say, ROLL COAL!” one Coal Roller posted on Facebook.

They’ll often pull a truck in front of a Prius or another hybrid car and stomp the pedal blasting the car with exhaust and releasing their war cry (sometimes through a megaphone): “Roll Coal!” 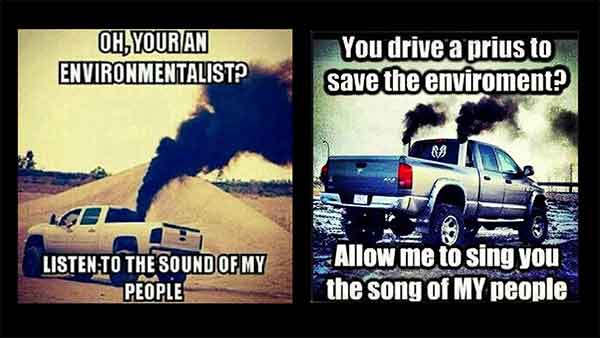 A seller of coal rolling customization equipment described why some drivers see spewing smoke as a political protest.

“I run into a lot of people that really don’t like Obama at all,” the salesperson said. “If he’s into the environment, if he’s into this or that, we’re not. I hear a lot of that. To get a single stack on my truck—that’s my way of giving them the finger. You want clean air and a tiny carbon footprint? Well, screw you.” 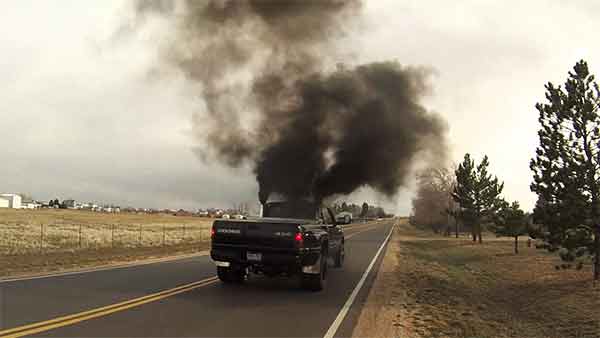 There are many Facebook pages dedicated to coal rollin’. Here is an argument thread pulled from Facebook:

Environmentalist: “It’s irresponsible to waste fuel with such a blatant disregard to the environment.”

Coal Roller #2: “What a loser you are, ain’t nothing wrong with rolling some confederate coal.”

Coal Roller:#3: “What are you gonna do you bitch?”

Video of a Cummings “Coal Rollin'” a Prius.