Guy Andersen claims Jimi Hendrix didn’t die of an overdose in 1970 while in London. Andersen said he murdered Hendrix for stealing all his songs. 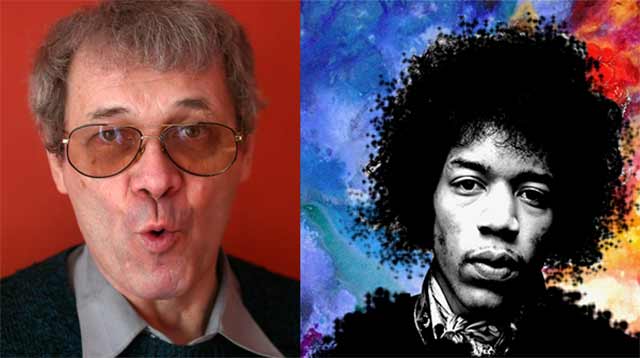 “I suffocated him by putting one hand over his mouth with the fingers of my other hand pinching his nose shut,” Andersen said. “I did it because he ripped me off. I wrote every Hendrix song including “Foxy Lady” which was originally called “Foxy Wife.” He tweaked all my titles and lyrics to try to get around my copyrights. Guy was a loser.”

Andersen said he repeatedly warned Hendrix to cease recording and playing his songs or pay him $5,000 cash for the rights to the music. Andersen claims Hendrix only responded to his demands on one occasion: sending a note on a single sheet of paper: “C’mon man, I’m a millionaire now, you really want to fight me on this? – Jimi Hendrix.”

“I wanted to do more than fight him,” Andersen said. “I got in my car and went straight to London and suffocated Jimi Hendrix.”

Andersen hopes the truth comes out and all the rights to the music transfer to him.

“I will go to prison for murder, anything to be recognized and paid for my music. I worked really hard on that music,” Andersen said. “I even taught James how to play guitar and did he every credit me as his teacher? The answer is no.”

I wanna take you home
I won’t do you no harm, no
You’ve got to be all mine, all mine
Ooh, foxy lady