Pierce county resident, Mary Miller, apparently has a problem getting her three-year-old daughter to bed at night and has resorted to using warm milk and whisky (she calls the drink a milksy) to put her to sleep. 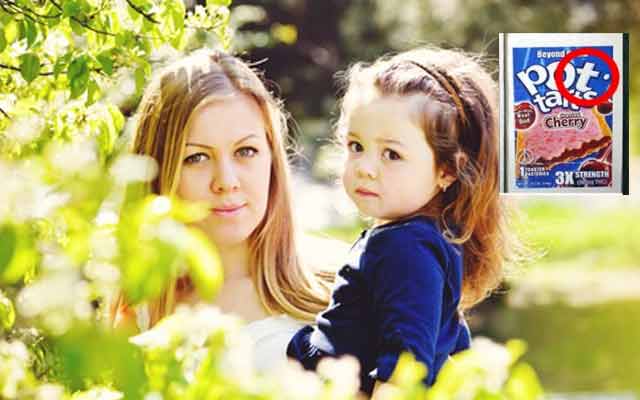 Miller said she is not happy about using alcohol:

“The last thing I want to do is turn my daughter into an alcoholic,” Miller said. “My father was an alcoholic, an abusive alcoholic, and I’m a recovering alcoholic and it’s not a lifestyle I would wish on anybody.”

Instead, Miller wants low-dose marijuana candy/edibles to help her daughter and other hyperactive children sleep. From Miller’s marijuana for kids petition page:

“I have given my daughter a few hits off my vaporizer and she has gone right to sleep so I know weed works, but she hates smoking it. She WOULD eat marijuana candy. But I’m afraid to just give it to her, because I’m afraid of the dosages in edibles being too high (you read the constant stories about kids accidently ingesting edibles and going to the ER.)”

Miller has started a one-woman coalition and is trying to rally others to join her cause to legalize marijuana edibles for children in Pierce County, Washington (Tacoma/Puyallup).

She wants others to follow her cause on Facebook to keep up with activities she will be organizing, first of which is a protest at the Tacoma mayor’s office in June demanding the mayor spearhead efforts to legalize marijuana edibles for children in the county.

“Kids who can’t sleep can literally tear a family apart because of the cascading effect,” Miller said. “When a kid doesn’t sleep, parents don’t sleep and if parents don’t sleep they are late for work, forget to pay bills, forget to make dinner and their lives simply become more and more unmanageable because they are sleep-deprived.  My husband and I are currently having major relationship problems due to lack of sleep and I fear we are headed for divorce. I know legal pot for kids is going to save my family and a lot of other families struggling with children who won’t go to bed.”