Satanist Isabella Miroslav claims last year she was impregnated by Satan, yes, the real Satan, and will soon have his baby. Here’s how Miroslav says it happened: One night when she was finishing her bedtime prayers to the Prince of Darkness, he suddenly manifested, told her to take off her clothes, and then “bred her.” 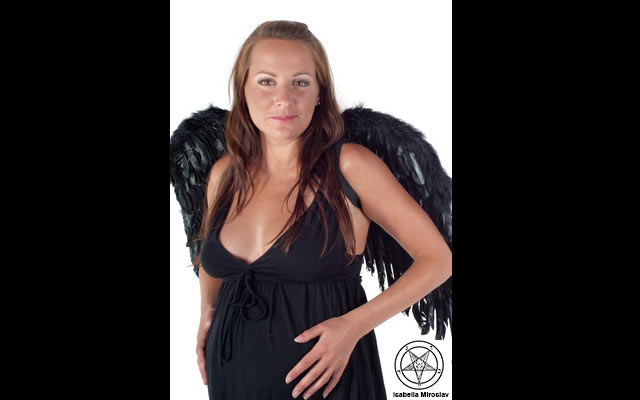 “Satan told me I would give to birth to and raise his son,” Miroslav says. “Once the baby turned twelve it would become President of the United States and create a one world government.”

Why does Satan want his son to run a one world government? Miroslav explains:

“So he can more easily control everything and get everybody’s souls. He’s preparing for Jesus Christ’s return which will be in thirteen years. If he owns everybody’s souls, Jesus’ powers will be weakened and Satan can easily destroy him and then invade heaven where he and his demons will kill the angels and God. Satan, his demons, his son and me will relocate to heaven, most everybody else will go to hell and earth will be for all people who have accepted Satan as their king. The animals get to stay on earth too.” 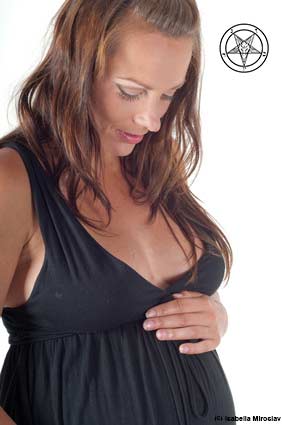 Miroslav plans to name the baby Satan, Jr. after his father. But one itching question remains about Miroslav coming out publically about carrying the devil’s baby: Will it put her life in danger? Obviously, some Christians will feel motivated to kill her and the baby to stop the satanic takeover of earth.

“Satan has given me superpowers I can use against anybody who tries to harm me or Satan, Jr.  I can shoot fireballs from my hands. I can put up a impenetrable protection field. I can also do karate now. I haven’t used my superpowers on anybody yet, but if some Christian asshole tries to mess with me or Satan, Jr. I will hurt them.”

Miroslav wants people to accept Satan now, to invite The Evil One to be their dark lord and master. If they do, Miroslav says, they shall inherit the earth and won’t have to go to hell. She says Satan cannot be defeated, so people might as well submit now.