Mummified Remains Of A Fairy Discovered

Halloween morning the remains of what has been declared a mummified fairy were discovered in a Seattle man’s garden. 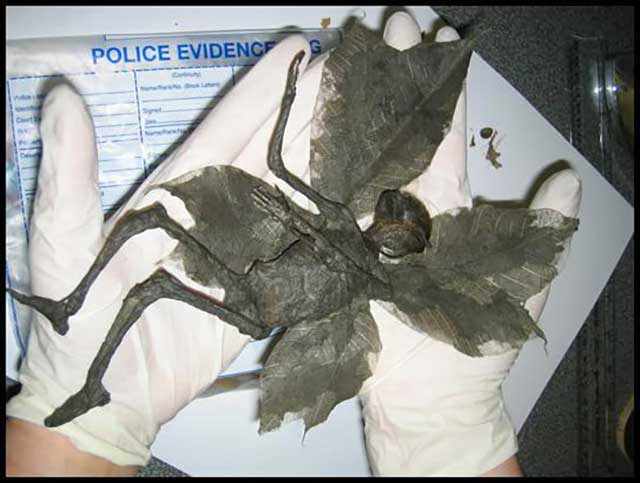 The 8 inch remains complete with wings, skin, teeth and flowing red hair have quickly been examined by archaeologists and forensic experts at The University of Washington who can confirm that the body is genuine. X-rays of the fairy reveal an anatomically identical skeleton to that of a child. The bones, however, are hollow like those of a bird making them particularly light. The puzzling presence of a navel even suggests that the beings reproduce the same as humans despite the absence of reproductive organs.

“At first I thought it was a half-buried Halloween toy,” the homeowner said. “But the creature was clearly made of organic matter. My wife, before she died of Alzheimers, said she’d seen fairies in our garden conducting a funeral but I, naturally, thought that was hooey. But I guess the world still has surprises.”

The University of Washington had hoped to keep the mummy for further study, but the U.S. government took immediate possession with no statement made.