John Grapper has a dream, an odd dream: to provide a place for handsome men to have sex with ugly girls. 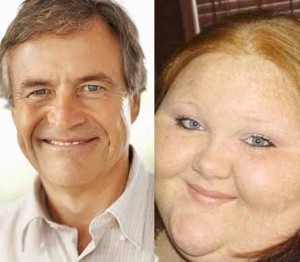 He hopes to purchase an existing cathouse outside of Las Vegas, possibly Reno, or petition the State of Nevada to issue him a license to construct a new one.

Mr. Grapper recently agreed to an interview to discuss his plans.

A: Well, I’m considered a handsome man, an older handsome man, but I’ve always liked ugly girls and I have always wanted a safe place to have relations with them with no strings attached.

Q: Why not just have an ugly girlfriend? Or an ugly wife?

A: Well, because of the shame factor. When people see a handsome guy walking down the street holding hands with an ugly girl you can hear the whispers and see the looks. You hear stuff like, ‘Why would that handsome guy be going out with such an ugly girl?’

Q: That’s extremely petty and why should you care?

A: I realize it’s superficial. I should be proud to date an ugly girl, but I’m human, I feel shame. The negative comments can really hurt and they start to add up to a lot of pain. And this isn’t just me. I’ve talked to countless handsome guys and, believe me, there are plenty of us who like ugly girls. I shouldn’t even call them ugly, because they’re not ugly to us. Well, I guess they are ugly, but we love them.

Q: So you want to provide a shameless haven for handsome men to have sexual intercourse with ugly girls? That’s the business plan? Am I getting this right? It’s a bit outlandish.

A: That’s it. It’s that simple. They can enjoy the ugly girl and then go back to their trophy girlfriends and wives.

Look, it’s a scientific fact that people tend date or marry others that match their own physical attractiveness. The handsome men I know all have knock out girlfriends, but a lot, believe it or not, are not happy with their situation. Look at it this way, you see a lot of hot women with ugly guys. Why? Well, it could be money, but there are a lot of other reasons. Some girls like guys with some fat on them. They might like their sense of humor. Maybe they enjoy the power they have over the ugly guy. They know he’ll do anything to keep them. The point being is there isn’t such a shame factor when you see a hot babe with an ugly guy. I mean, you might hear ‘What’s she doing with him?’ But trust me, it’s much more socially acceptable. With handsome men, it’s not.

Q: So will all men have to be handsome to go to your brothel?

A: No. But I’m going to advertise it as a refuge for handsome guys to have relations with ugly girls. If an ugly guy comes in, fine. He has the money, he can have all the sex he wants.

Q: Mr. Grapper, I don’t really have any further questions. Thanks for taking the time to share your unique business plan and insights with us. Anything else you’d like to add?

A: Hey, I appreciate you giving me the interview. A lot of people have written me off as a kook, but this is very real. I have the money to make this happen. I just need to get the brothel license, which isn’t easy. I want people to know that this is more than just about making money. It’s really about enjoying the satisfaction of helping handsome guys have sex with ugly girls.

Share on Facebook if you think this interview is stupid, weird, wrong, messed up, you love it, find it interesting and discuss.